Volunteer time. The acceptance of applications for participation in the #MYVMESTE award continues 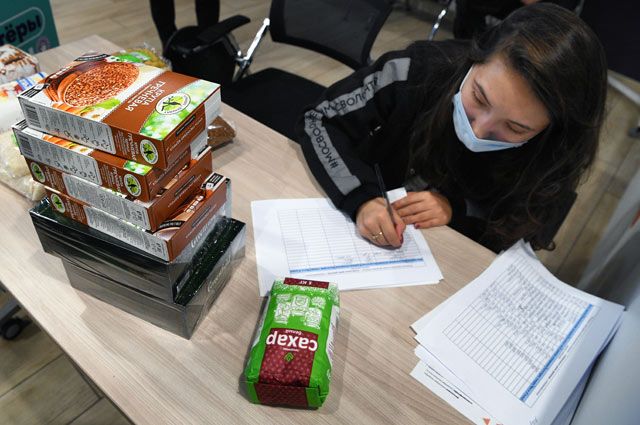 Acceptance of applications for participation in the international award #MYVESTE continues — it will last until June 12th. The award is aimed at supporting volunteer activities, as well as social projects aimed at helping people and improving their quality of life. In addition, this focus is in line with the goals and objectives of the national project “Education”, in which one of the key areas is the creation of conditions for the development and support of volunteerism, it is also volunteering. It is planned that in two years more than 7.5 million people will be involved in volunteer activities.

The new season of the award provided for an increase in grants for laureates to 3.5 million rubles. In addition, the winners will have the opportunity to advance on leading media platforms, travel for free, participate in prestigious events, training programs, etc.

Almost everyone who has their own social project is allowed to participate in the award. The application can be submitted by people over 14 years of age, NGOs, representatives of business and the media. There are 9 nominations covering all spheres of life. The number of applications is not limited.

The first stage will be the regional — here participants will defend projects within their region. After, during the semi-finals, experts will evaluate the video cards of the contestants. And in the final, there will be a popular vote on the DOBROK.RF platform and the evaluation of the award jury.

Grant fund of the award — 90 million rubles. He made the same amount last year. But this time, the amount of the maximum grant support for the winners has increased to 3.5 million rubles. At the same time, not only grants for winners increased, but grants for prize-winners under 18 years old also became larger — they amount to 1 million rubles. These funds can be directed to equipment, advertising, transportation, increase the production of — provide the project with many necessary resources.

Another award for all laureates — project promotion. This will help expand the audience, as well as the circle of partners and investors. Media support of the event will be provided by the partners of the award: ANO “National Priorities”, “Gazprom-Media Holding”, “National Media Group” and «Russian Mediagroup» — they will talk about initiatives on their resources. Also, the winners' initiatives will be included in a collection of best practices replication and distributed to resource centers and other NGOs, institutions and departments in all regions.

In addition, the winners' projects will be promoted at the largest Russian forums, including — at the International Civic Participation Forum #MYVMESTE. Here the authors will be able to talk about their initiatives in front of a wide audience.

Another prize of the award in the framework of the program “More than a trip” — free travel across Russia. It will be held with the support of another partner of the event — presidential platform “Russia — land of opportunity. The winners will be able to travel around Russia for free for several days, and the rest of the winners — in your federal district. Thanks to this, it will be possible not only to relax and gain impressions, but also to personally learn about social practices in other regions, find new partners, investors.