They did not want to leave the audience. Stars whose lives were tragically cut short by covid 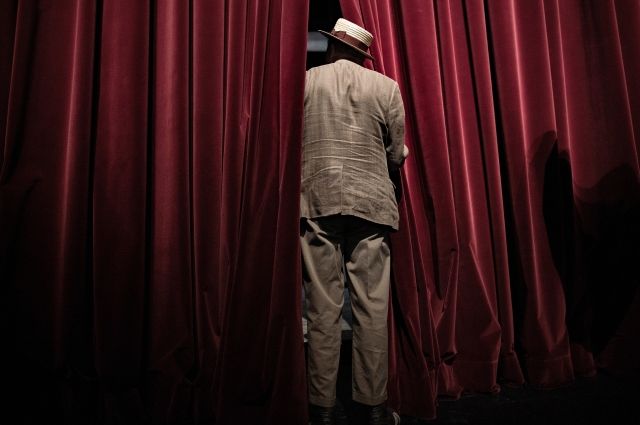 Alexander Filippenko was admitted to hospital with coronavirus. Now the 77-year-old actor is on the mend, but they are in no hurry to write him out. All the actors involved in the play  The Taming of the Shrew and director Andrey Konchalovsky. This measure cannot be called superfluous — after all, in two and a half years of covid pandemic has claimed the lives of many great artists. Aif.ru remembered the biggest losses.

In December 2020  actor Boris Plotnikov died at the age of 71  > — everyone remembers him from the TV series "Heart of a Dog". Fall 2020  Plotnikov played, as it turned out, his last premiere. In the new play  And there were nobody», which was staged by Vladimir Mashkov at the Oleg Tabakov Theatre, he was given one of the key roles, — Judge Lawrence Wargrave. In  the famous Soviet film "Ten Little Indians" Stanislav Govorukhin this role was played by Vladimir Zeldin. Tickets for the performance were sold out long in advance. But, alas, the coronavirus mixed up all plans. As they said then, one of Plotnikov's young colleagues brought this infection to the theater.

A few days before his death, the actor's condition worsened, and the doctors decided to connect him to a ventilator. The doctors did everything possible to save Boris Grigorievich, but they didn't succeed. It is known that the preliminary cause of the death of the artist was cardiac arrest.

In 2020  the 59-year-old Ivan Shchegolev. Ivan starred in 15 films as an actor, but the audience also appreciated his directorial work — series «Kulagin and  partners». Coronavirus also became the cause of death of 78-year-old satirist Anatoly Trushkin. Although it seemed that everything would work out here — the doctors have already noted an improvement in Trushkin's condition (he spent three weeks in the hospital), transferred him to a regular ward — but here complications began, old sores aggravated…

“Blue Bird” as a requiem for an artist

In 2021 , at 80 years the coronavirus host died actor of the Moscow Electrotheatre “Stanislavsky” Vladimir Korenev, Ichthyander from  the cult film of the sixties “Amphibian Man”. Doctors fought for his life for a long time, in the last days before his death, Korenev was in the & nbsp; red zone. He was left behind by a widow, an actress of the same theater Aleftina Konstantinova (Korenev married in 21 year, and they were together all their lives, have a daughter, grandson and great-granddaughter).

< p>Vladimir Korenev acted in films a lot, was a recognized leader of the troupe. He was considered the custodian of the internal values ​​of the theater named after. Stanislavsky, a great conservative. But when in 2013 the theater was headed by innovative director Boris Yukhananov, a student of Anatoly Efros and Anatoly Vasiliev, Vladimir Korenev became one of his associates. In the programmatic, ten-hour performance of Yukhananov “The Blue Bird”, which runs for three evenings in a row, he played one of the main roles — in fact, himself. He had a big role in Pinocchio, the main — in "Before Sunset". He himself, as a director, directed The Maids of Sunset Boulevard. After the death of Vladimir Korenev, “The Blue Bird” turned into a requiem for a great artist.

In the same year, the covid died 71-year-old Boris Grachevsky. In  1974, at 25 years, on his initiative together with playwright Alexander Khmelik he founded the children's humorous film magazine «Yeralash», where he worked until the end of his life.< /p>

Boris Grachevsky fell ill with coronavirus in November 2020, but he assured that he was feeling well. He did not contact the specialized specialists, he was consulted by a familiar doctor by phone. However, in  December, it turned out that such a frivolous attitude towards the disease was a mistake, and time was lost. There was a sharp deterioration, the temperature did not fall. Grachevsky was sent to the hospital and put into a medically induced coma. He got better, but then the body could not stand it…

He celebrated his birthday in the hospital

In 2021, he died of covid and 88-year-old Vasily Lanovoy. He  got sick with the coronavirus together with wife, actress Irina Kupchenko. The disease proceeded easily, only 5% of Lanovoy's lungs were affected, but the doctors still advised him to go to the hospital. The dynamics were positive, he even trained his voice, sang. Lanovoy celebrated his last birthday at the hospital. On January 20, he was supposed to be discharged, but suddenly Vasily Semenovich's condition deteriorated sharply, clinical death occurred. Soon he was gone.

Lanovoy was considered one of the leaders of the troupe and the symbol of the Vakhtangov Theater. At 88 years old, he was still busy in performances. At the Shchukin school, he was in charge of the stage speech department. Colleagues said that Vasily Semenovich treated his theater like a shrine, and they learned from his example.

In 2021, the 39-year-old star of the Cop Wars died of covid ; and "Streets of Broken Lights" Artem Anchukov. Gone 60-year-old “queen of the episode” Natalia Smirnova. In 81 the year the actor and director, producer and screenwriter, the favorite of the country Vladimir Menshov died. 68-year-old Valery Garkalin and 76-year-old actress Nina Ruslanova.

In covid is not  screenwriter and director Viktor Merezhko. He didn believe in coronavirus, called it "ram virus" and set as an example of Moscow observing covid restrictions Petersburg — the city where he lived. There, according to the words said shortly before illness everyone happily hung out and  nobody wore masks. Merezhko was stubborn and  loving of life, he was dying on the background of improvement, before that he was transferred from the intensive care unit to the general ward.

This year, the died from the consequences of the coronavirus 44-year-old < strong>actor Ivan Rudakov. Died actor and director Boris Nevzorov, who turned 72 years old, and famous film actor Gennady Yukhtin — he was 79 years old.

For all these people, loyalty to the profession — because during the pandemic and theatres continued to work, and the filming process tried not to stop —   turned out to be more expensive than not only your own health, but and life.