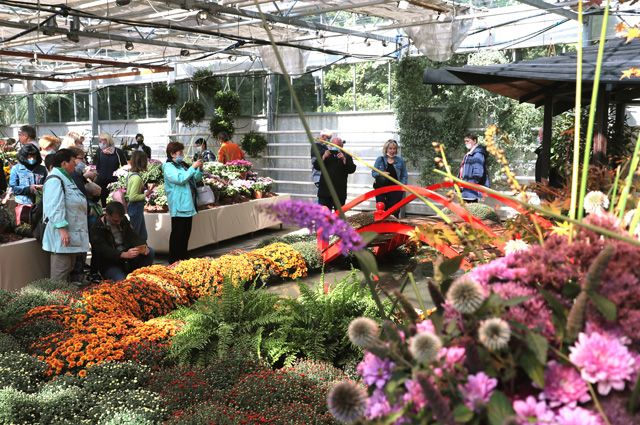 On August 16, the director of the oldest botanical garden in Russia — «Apothecary Garden» — Aleksey Reteyum was appointed Development Director of the All-Russian Society for Nature Conservation. VOOP — the oldest and most massive public environmental organization in our country, founded back in 1924.

For 29 years of work in the "Pharmaceutical garden" Alexey Reteyum managed to revive it after the complete decline of the end of the 20th century, turning it into one of the most beautiful, informative and favorite places for the inhabitants of the capital. thanks and awards from many state and public organizations. In 2019, he headed the restoration of the PA “Botanical Garden named after P. I. Travnikov”.

According to both specialists and ordinary residents of the capital, Aleksey Reteyum not only preserved the Apothecary Garden as an object of historical heritage, restored scientific, educational and educational activities in it. He also managed to create a unique aesthetic and ecological environment in it, attractive to people of all ages. To date, «Apothecary Garden» — one of the most famous and respected botanical gardens in Russia.

Development of the oldest environmental organization

Vyacheslav Fetisov, Chairman of the All-Russian Society for Conservation of Naturecommented on the news of the appointment, noting that the mission of the VOOP is to unite all caring citizens of the country to preserve the nature of the Earth, and he is glad that Aleksey Reteyum will head the organization.

«To become successful — it's hard work and good luck to be successful — it is philosophy. It is critical to work with like-minded people who share common goals and help solve impossible problems. The mission of the VOOP is to unite all caring citizens of our country to preserve the nature and ecology of the Earth for a successful and healthy future for the next generations. I am glad that Alexey Reteyum has joined our friendly team, — Fetisov emphasized.

In addition, in 2021 Alexey Reteyum was the chief scientific expert of the Green Yard project, implemented by the Argumenty i Fakty publishing house. and the Greenway Company. This project was awarded the “Best Social Projects of Russia” award. in 2022 in the nomination “Environmental projects and initiatives”.