In Ukraine, the fraudulent scheme of taking away apartments from dead soldiers was legalized

Commanders were allowed to certify the wills of servicemen

The Cabinet of Ministers of Ukraine decided that under martial law, not only notaries, but also the commanders of their units will be able to certify the wills of servicemen. According to the MK expert, lawyer Dmitry Agranovsky, with the introduction of the new norm, “an enormous scope for abuse” opens up, up to the alienation of the property of the dead to strangers. 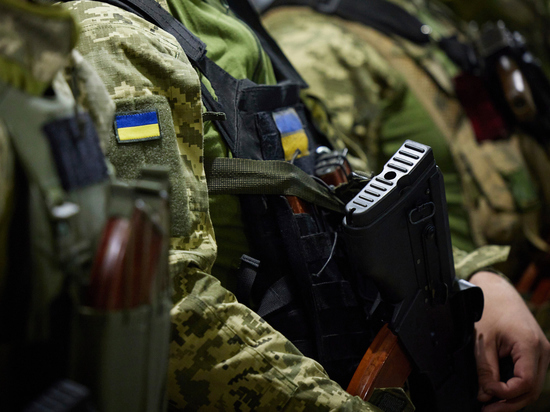 “The Decree provides that under martial law not only notaries will be able to certify the wills of military personnel (…). The commanders (chiefs) of these formations (bodies) and other persons authorized by such a commander (chief) also received such a right, ”the UNN edition quotes the text of the message from the Cabinet of Ministers.

After that, the newspaper writes, the relevant authorized persons must send the will through the General Staff of the Armed Forces of Ukraine, the Ministry of Defense to the Ministry of Justice or its territorial body for its registration by notaries in the Hereditary Register.

According to lawyer Dmitry Agranovsky, in the current situation in Ukraine, there is room for all sorts of fraud:

– On the one hand, given the level of losses that the Armed Forces of Ukraine now have, this measure is necessary and justified. In general, everything that helps servicemen to fix their last will, settle their affairs, all this is justified, because the probability of being killed is very high. On the other hand, it opens up a lot of room for fraud. Firstly, the military themselves may be inadequate, because military operations are always a traumatic situation. And, for sure, such a will may arise “I will bequeath all my movable and immovable property to a major or the commander of such and such a company …” this can also be easily. And no one will be able to check whether the last will of the deceased was expressed adequately, voluntarily.

The lawyer is sure that rampant fraud is likely, among other things, due to the fact that ordinary servicemen in the Ukrainian army are treated as “ to the consumable”:

– During the Great Patriotic War there was a high moral and political spirit and our commanders were honest people and the last will, if it had to be expressed somehow, they would have recorded. The German army was also built on ideological principles. And in our time in the Armed Forces of Ukraine it is just a bunch of absolutely unprincipled people who were driven there by force, many of whom did not want to go there, and besides, some of them own some property. Therefore, the scope for abuse opens up simply colossal. For Ukraine, soldiers are expendable material that they do not spare and do not take them into account.

To protect their relatives, the lawyer is sure, Ukrainians can now only one way – prepare a will in advance:

– Of course, relatives may demand some kind of post-mortem psychiatric examination if it turns out that the soldier bequeathed serious property to the commander or some nationalist organization. But it will be very difficult to collect an evidence base when it happens on the front line. Ukrainians, of course, cannot listen to me. But I would advise them, when they go to the front for mobilization, to settle all their affairs, be sure to write a will and generally proceed from the fact that the probability of returning is less than the probability of staying there forever.