After months of internal debate, the Biden administration has offered to trade Russian Viktor Bout, who is serving a 25-year prison sentence in the United States, as part of a potential deal to release two Americans in Russian custody, Brittney Griner and Paul Whelan. This is what CNN says, citing informed sources. 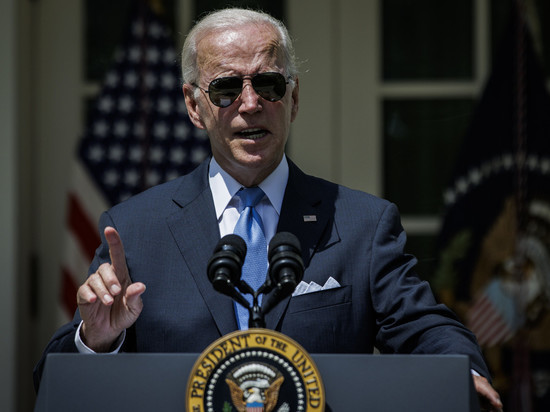 Informed sources told CNN that the plan to trade Bout for Whelan and Griner has received the backing of President Joe Biden after deliberations dating back to earlier this year. Biden's support for the swap overrides the objections of the Justice Department, which generally opposes prisoner swaps.

Secretary of State Anthony Blinken announced on Wednesday that the US “a few weeks ago” submitted to Moscow a “substantial proposal” in relation to Whelan and Griner, who are classified by the American side as “wrongly detained”.

Speaking at a press conference at the State Department, Blinken said that President Biden was “directly involved” in in discussion and signed the corresponding proposal. Blinken did not explicitly confirm that Booth was part of the deal, saying that he “cannot and will not go into any details of what we have been offering the Russians for so many weeks.”

A senior US diplomat said he intends to discuss the issue during an expected call this week – the first since the beginning of the conflict in Ukraine – with Russian Foreign Minister Sergei Lavrov. “In my opinion, it is useful to send clear and direct signals to the Russians about our key priorities. And, as I mentioned, they include bringing home Britney Griner and Paul Whelan, — he said.

A senior US administration official comments on the details of Washington's proposals.

The families of Paul Whelan, who has been detained by Russia on suspicion of espionage since 2018, and WNBA star Brittney Griner, imprisoned in Moscow since February for possession of drugs, called on the White House to secure their release, including through a prisoner exchange, if necessary.

Griner, who pleaded guilty in early July but said she unintentionally smuggled cannabis into Russia, testified Wednesday in a Russian courtroom as part of an ongoing drug trial that faces up to 10 years in prison. U.S. officials familiar with the Russian trial and the inner workings of U.S.-Russian talks say her trial should be completed before the deal is finalized, according to CNN.

During months of internal discussions between US agencies, the Justice Department opposed the exchange of Viktor Bout, people briefed on the matter say. However, justice officials eventually admitted that the Bout swap was supported by senior State Department and White House officials, including Biden himself, the sources say.

The U.S. government has long resisted the prisoner swap, saying it only spurs countries detain the Americans so they can be used as a bargaining chip. But there are those who question these fears and argue that it is more important that Americans can return home.

Among senior Biden administration officials, the idea of ​​a prisoner swap received a boost earlier this year after the successful release of Trevor Reed, a former Marine who had been in Russian custody for more than two years. Reid was exchanged for Russian pilot Konstantin Yaroshenko, who was serving a 20-year sentence in federal prison on charges of conspiring to smuggle cocaine.

Biden officials were concerned that the decision to trade Reed for Yaroshenko would be criticized by Republicans. Instead, Biden has received bipartisan praise, including from a handful of Republicans who tend to be harsh critics of the administration. The move, the sources say, prompted the administration to reconsider all options, including potential trades, to get Whelan and Griner out of Russian custody.

Their release would also give the White House a much-needed political victory ahead of the November midterm elections, some officials admitted in a private conversation with CNN. There is also a sense of urgency in getting the two detainees home as the White House faces growing public scrutiny from the families of Americans arrested overseas.

The exchange story itself could generate significant controversy in American society. As the CNN analytic notes, “To put it mildly, this is an amazing development. The Kremlin has not yet responded. But if the exchange goes through, it could change the way the US deals with governments that detain their citizens abroad, making American travelers more tempting targets. It would also be an act of great humanity on Biden's part to bring Americans home from hellish Russian prisons. It's one of those unanswerable problems that leaders face.”

CNN admits, speaking of a possible trade-off, “It's hard not to see this as a potentially big win for Russia and President Vladimir Putin.”