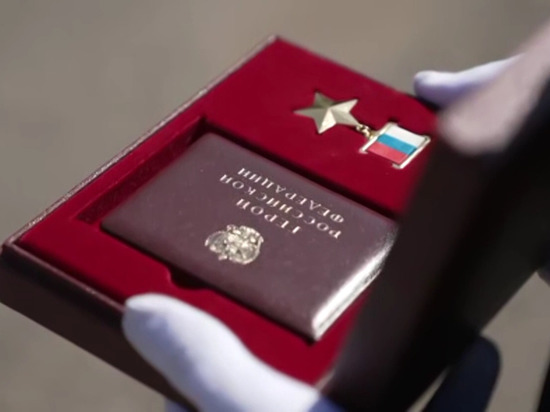 Photo: Ministry of Defense of the Russian Federation

The ceremony of awarding the Golden Star of the Hero of Russia to the family of an army aviation pilot Colonel Vasily Kleshchenko took place on August 18 in the Tver region, in the center of army aviation, where the aviator served. The ceremony was attended by Deputy Commander-in-Chief of the Aerospace Forces, Lieutenant General Alexander Maksimtsev, Governor of the Tver Region Igor Rudenya, colleagues and veterans of the army aviation.

According to the Ministry of Defense, Colonel Vasily Kleschenko has been participating in a special military operation since February 24. He commanded a special combat helicopter group. He acted in flight outside the box, used combat techniques unexpected for the enemy. The circumstances of his death are revealed. When performing a sortie at night, as the leader of the air group, Colonel Vasily Kleshchenko destroyed several armored vehicles of the Armed Forces of Ukraine. On this sortie, the helicopter was shot down. The pilot died. By presidential decree of August 6, he was posthumously awarded the title of Hero of Russia.

As General Maksimtsev said, helicopter pilots under the command of Kleshchenko successfully completed combat missions to destroy especially important targets of nationalists. In turn, the governor of the Tver region, Igor Rudenya, announced that a decision had been made to assign school No. 5 and one of the streets of the city of Torzhok named after the Hero of the Russian Federation Vasily Kleshchenko.