American generals demanded to increase the supply of weapons to Ukraine

Almost two dozen retired generals and ex-officials called on the US authorities to increase arms supplies to Ukraine. This group of retirees is calling on the Biden administration to speed up the pace of military aid to Kyiv. 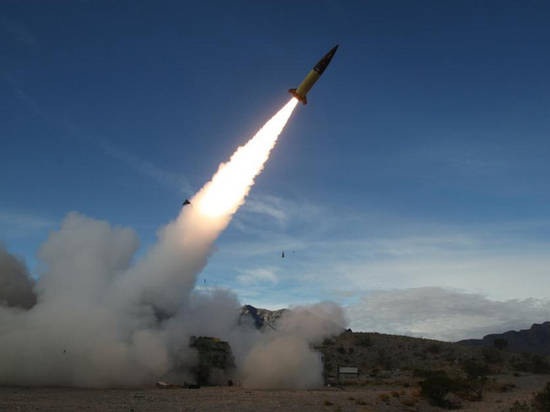 Nineteen retired US generals and former officials called on the Biden administration to speed up the delivery of weapons to Ukraine, writes The Guardian.

The authors of the appeal said the United States is providing Kyiv with enough weapons to ensure a stalemate, but not enough to help Ukraine regain Russian-controlled territory. Former officers, diplomats and other officials say the Biden administration is held back by a fear of provoking a Russian escalation, possibly with nuclear weapons, but they argue that failure to defeat Russian forces in Ukraine increases the risk of a confrontation with Moscow later and “on less favorable terms” ;.

The pace of arms shipments to Ukraine has repeatedly caused disagreement between Washington and Kyiv, as well as some Eastern European allies. So far, the United States under the Biden administration has provided almost $10 billion in military aid to Ukraine, including missile launchers, but has not provided longer-range missiles, fixed-wing aircraft, and some combat drones.

“By providing enough help to create a stalemate but not enough to undo Russia’s territorial gains, the Biden administration could inadvertently snatch defeat from the jaws of victory,” — according to a comment published in The Hill, signed among others by the former Supreme Commander of NATO in Europe, General Philip Breedlove and three former US ambassadors to Ukraine (Marie Yovanovitch, John Herbst and William Taylor).

The appeal says, that “because of being overly cautious about provoking a Russian escalation (both conventional and nuclear)” The United States is actually yielding the initiative to Russia and reducing the pressure on Moscow.

“It may seem to us that every day that we delay giving Ukraine the weapons it needs to win, we are avoiding a confrontation with the Kremlin. On the contrary, we simply increase the likelihood that we will face this danger on less favorable grounds, — contributors of this commentary argue.

Last month, Joe Biden's national security adviser Jake Sullivan said the pace of arms transfers was limited by Ukraine's ability to “digest” in terms of having people trained to use it, as well as the need for NATO allies to support supplies.

Speaking of the Army Tactical Missile System (ATACMS), which has a range of 300 km and which Kyiv has repeatedly requested from Washington , Jake Sullivan said the fear of escalation played a role in their abandonment.

“The key goal — ensure that we do not find ourselves in a situation where we are heading down the road to a third world war, — said an adviser to the US president at the Aspen Security Forum.

The signatories of the comment claim that the US allows itself to be deterred by the Russian nuclear threat, regardless of how much the US arsenal deters Russia.

“I think this is the most important reason for what I call the administration's timidity and slow response to legitimate and important requests, even urgent requests,” — claims one of the “signers”, John Herbst.

Along with ATACMS missile systems, the supply of aircraft has also become a source of contention between Washington, Kyiv and the capitals of Eastern Europe. Some European countries have been supplying spare parts to Ukraine, allowing Kyiv to refurbish some Soviet-era MiG jets, but the US and some of its allies are seeing the delivery of entire aircraft as an escalation, The Guardian notes.

In March, Poland announced that it was ready to transfer its 28 MiG-29 fighter jets to the US base at Ramstein in Germany, leaving the US or NATO in general to transfer them to Ukrainian pilots, but the offer was rejected by the Pentagon.

It was reported that Slovakia is also ready to send its MiG-29s, but Defense Minister Jaroslav Naj said over the weekend that they would remain in service until the end of August. “We are negotiating with our allies and partners about what to do next with them. The decision has not yet been made, — Nye wrote on social media on Sunday.

Debra Kagan, a former US Deputy Assistant Secretary of State for Coalition Operations, says she believes Washington has not yet approved the transfer. “It cannot be that the deliveries of aircraft to Ukraine now take place without the permission of the United States, — says Kagan. — From a military point of view, the Slovaks are not in a position to just say, “Okay, we're going to do it.” and organize Ukrainian pilots and all that… Someone in the White House has to say that you need to make this happen. As far as I understand, this did not happen.