Zakharova about the attack on the ambassador in Poland: “They bared their bloody face” 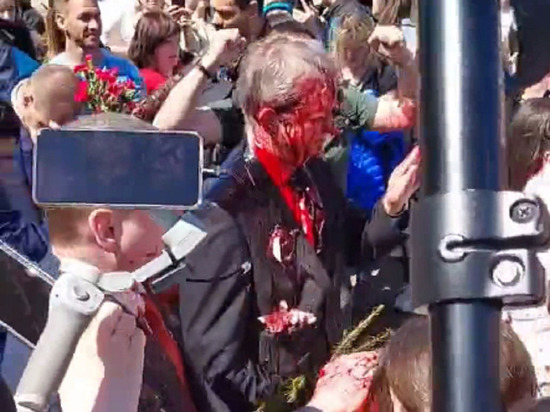 The official representative of the Russian Foreign Ministry, Maria Zakharova, said on the TG channel that by arranging an attack on the Russian ambassador to Poland, Sergei Andreev, and those accompanying him, supporters of neo-Nazism once again showed their faces, and it turned out to be bloody.

She stressed that in Europe set the course for the reincarnation of fascism. Therefore, monuments to the heroes of the Second World War are demolished, graves are desecrated and flower-laying ceremonies are disrupted.

“But, as I said, we cannot be intimidated. It should be scary for the inhabitants of Europe from their own reflection in the mirror,” Zakharova summed up.

Earlier, the video caught the moment of the attack on the Russian ambassador Sergei Andreev in Poland. A crowd of Polish and Ukrainian activists covered him and the diplomats accompanying him with red paint. Provocateurs shouted insulting slogans. Several fights broke out near the ambassador.