What kind of air defense system S-350 “Vityaz” was deployed to Ukraine?

S-350 «Vityaz» first seen in Ukraine. The results of the combat use of these systems are not reported. According to experts, the air defense system can seriously strengthen the Russian air defense grouping due to the modern multifunctional all-aspect radar that detects all types of targets. 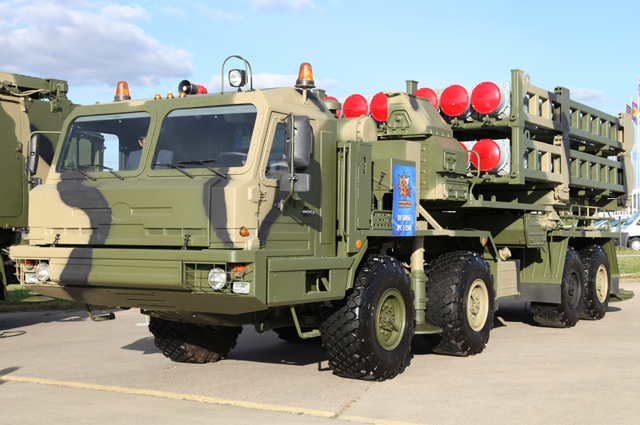 “Vityaz” was put into service in 2020, it was reported that the first regiment with it was deployed in the Crimea, then it was planned to re-equip with this complex all the regiments of the Southern Military District, which used the outdated S-300PS. Apparently, it was they who were transferred to the territory of Ukraine. Here they have to fulfill the purpose for which they were created, namely the defense of large land groups during offensive and defensive battles. These systems confidently destroy all known air targets at a distance of up to 60 km and at an altitude of 30 km.

On the “cold” start

This system can shoot in any direction, and this does not require the launcher to occupy a certain position. Medium and short-range missiles 9M96 E2, 9M100, which this complex is armed with, are launched using the so-called “cold” vertical start. Simply put, a special container with the help of a gas-dynamic system throws them to a height of 30 meters, simultaneously turning them towards the target, then the rocket’s own engine turns on, and it rushes towards the attack. Not a single air target with a speed of less than 17,000 km/h can escape these missiles. It is worth adding that each installation can fire 12 shots according to the number of missiles that are in its ammunition. The high survivability of the “Vityaz” provides a quick transfer time to combat readiness and to the stowed position, which does not exceed 5 minutes. This allows you to quickly escape from a retaliatory strike.

Another significant difference between the S-350 — modern all-aspect radar radar with electronic scanning function. In addition, the system received an intelligent guidance system, thanks to its technical capabilities, the S-350 is able to observe and simultaneously shoot down up to 16 targets in various directions. At the same time, “Vityaz” can be controlled both by an operator and switched to a fully automatic mode, which eliminates the human factor when it is necessary to make instant decisions. This is especially true when repulsing massive attacks, especially if they are conducted from different directions and sometimes a few seconds are allotted to make a decision on target classification and shooting.

S-350 Vityaz was created for more than six years, from 2007 to 2013. State tests were completed six years later, in 2020, in the same year the complex was adopted by the Russian Aerospace Forces. A year later, mass production of these systems began at the enterprises of the Almaz-Antey concern. It was also reported that the Military Academy of Aerospace Defense (located in Tver) began training specialists who will maintain and operate these systems.