What happened to Sean Kingston? 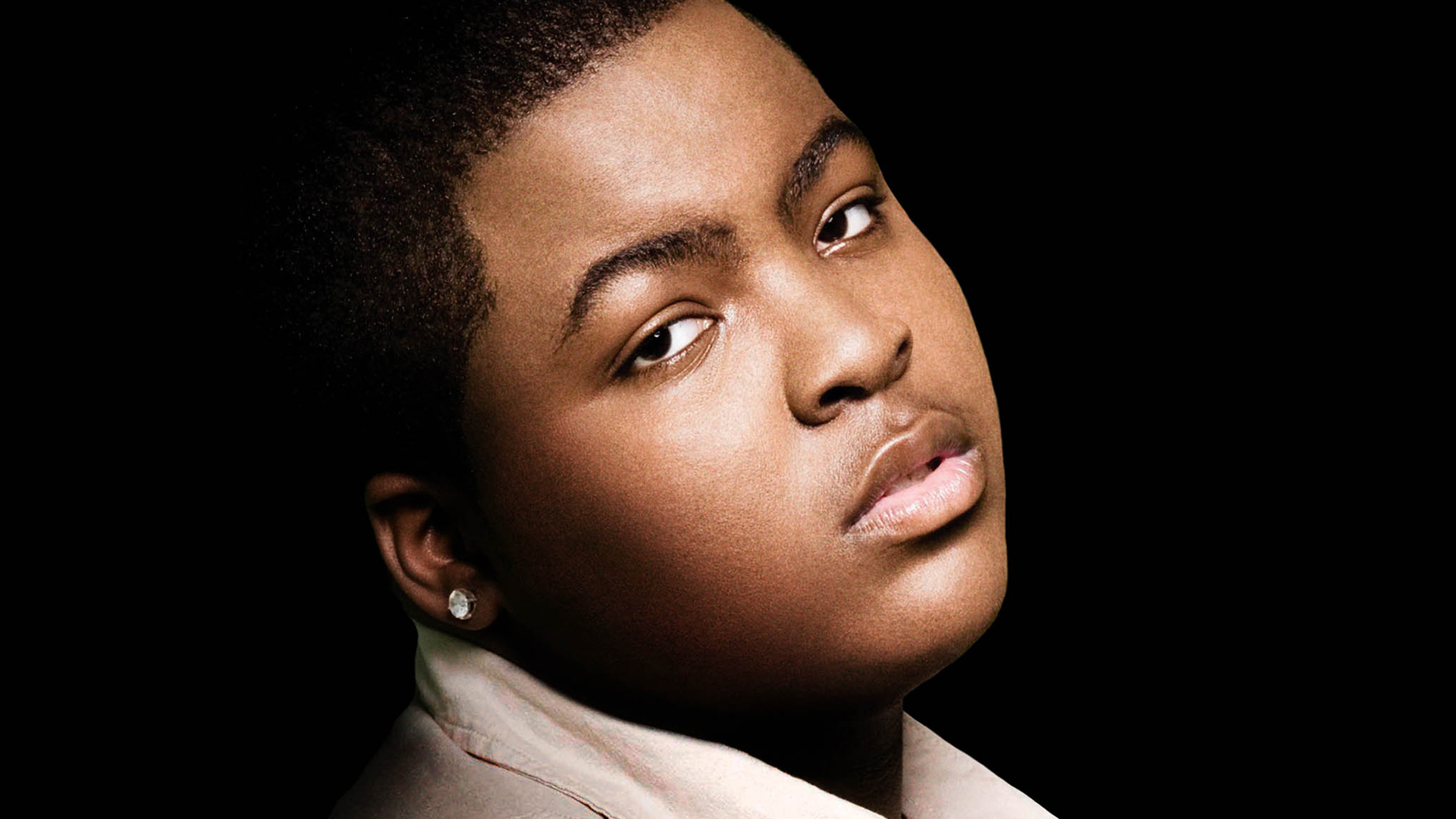 Does anyone remember Sean Kingston? If you’re a member of Gen Z or even a millennial, then the name might ring a bell. A few years before the start of the last decade, Kingston was a budding R&B artist who was taking the world by storm with his single “Beautiful Girls,” introducing a new reggae-inspired R&B sound that has been emulated by numerous artists over the decades. The song peaked at the top of the Billboard Hot 100 and earned Kingston several slots as the opening acts for various artists including Gwen Stefani, Beyoncé, and Kelly Clarkson.

It seemed that the Jamaican singer was well on his way to becoming the next face of R&B and reggae as his name began to grow in the industry ⏤ at least until that name became notorious among celebrity circles for less than stellar reasons before the singer seemed to disappear from the spotlight entirely. So what happened? And what has Kingston been doing this whole time?

Who is Sean Kingston? 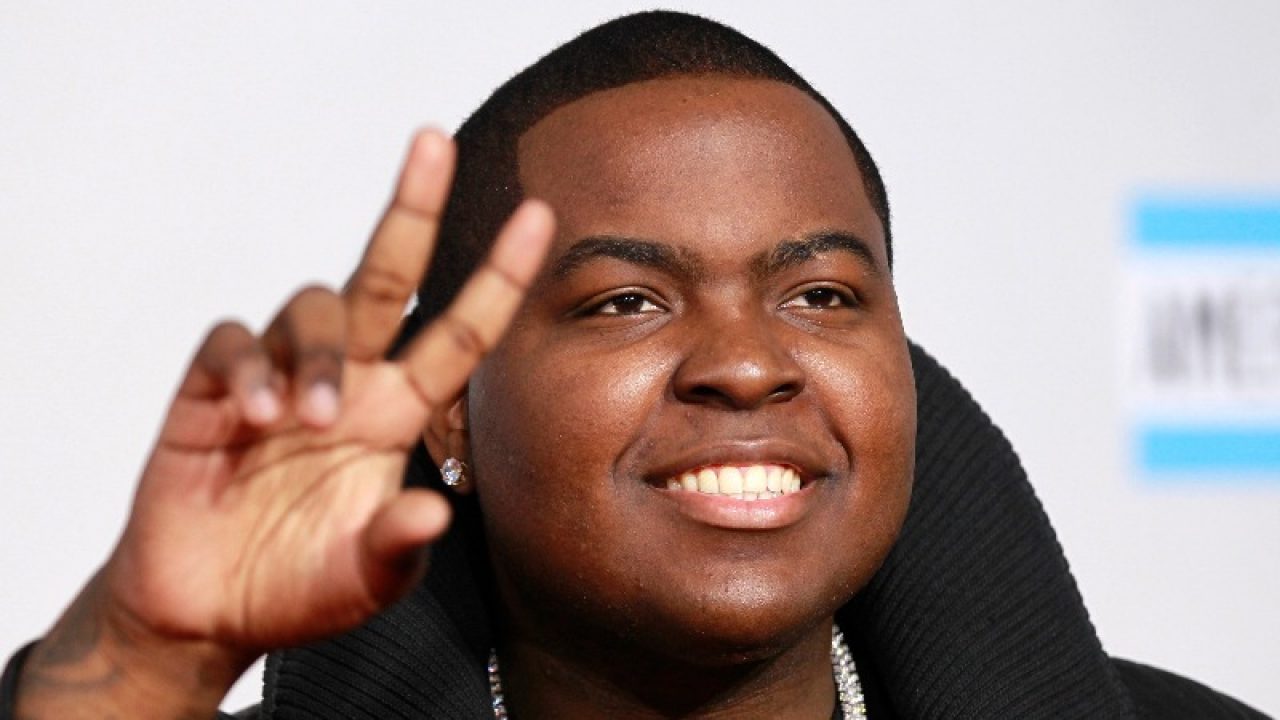 Born Kisean Paul Anderson in Miami, Florida on Feb. 3, 1990, Sean Kingston and his family moved to Kingston, Jamaica when he was six. It was there that he attended school for three years before migrating back to the United States. Even back then, Kingston’s musical destiny was carved into his family tree, as his grandfather was the noted Jamaican reggae producer Lawrence Lindo.

Around 2007, Kingston was discovered on YouTube and signed a partnership deal with Sony. At the time, he had actually started his career in the industry as a rapper before label heads and producers decided to help him develop a more melodic sound. The end result was Kingston’s first single, “Beautiful Girls,” which appeared on his first studio album, Sean Kingston. From there, the song became an international success and topped the charts in Australia, Canada, New Zealand, the Republic of Ireland, Spain, and the United Kingdom. Soon, Kingston was touring and featuring on other artists’ projects as he geared up to release his next studio album.

It was another two years before Kingston released his second studio album, Tomorrow, in 2009. The album featured a star-studded roster of artists including T-Pain, Nicki Minaj, Soulja Boy, Dr. Dre, and Akon. The first single from the album, “Eenie Meenie,” featured Justin Bieber and was even featured on Bieber’s My World 2.0 album. The two artists had even planned to release a mixtape together called Our World, which featured 12 to 14 new songs. However, the album was never released and instead Kingston went on to perform on the first leg of Bieber’s tour before returning to the studio to work on another album. 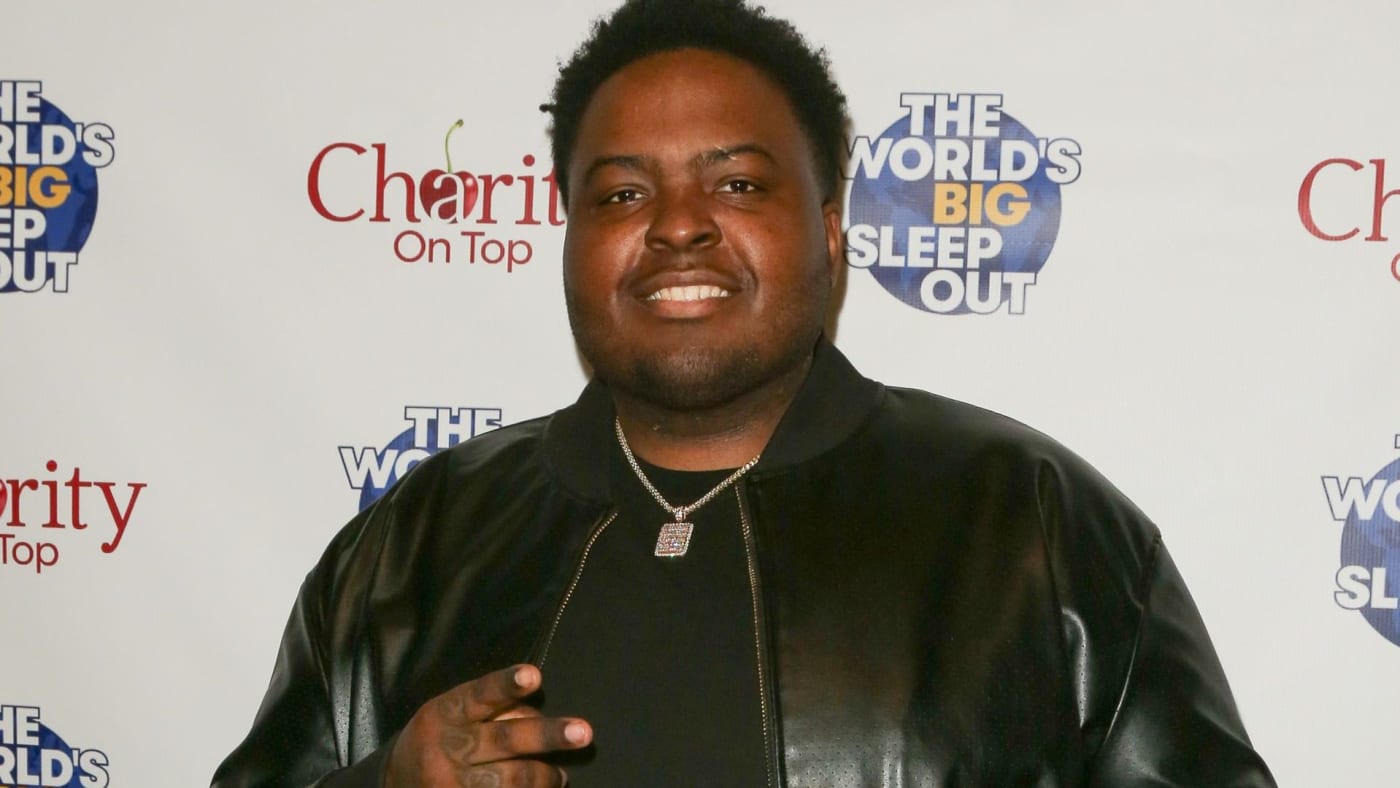 Kingston then followed up with the singles “Fire Burning,” which was a huge summer hit, and “Face Drop,” trying to capitalize on his momentum. Unfortunately, the album only peaked at #37 on the US Billboard 200  and sold a meager 13,000 copies in its first week of release. It soon dropped further past the top 40 until it fell 50 spots to #87.

Despite the album sales, Kingston was able to remain a respected artist amongst his peers, which led to dozens of collaborative projects that were often released as singles. He was featured on former rapper Bow Wow’s single “For My Hood,” co-wrote Jason Derulo’s “Whatchu Say,” and even partnered with Italian singer Giusy Ferreri on the vocal part of the single “Amore e capoeira.”

Though Kingston did not continue to reach the same success he did with his first album, it did not derail him from releasing more projects. He returned in 2011 with his third project, King of Kingz, which featured appearances by Akon, Flo Rida, Soulja Boy, Justin Bieber, B.O.B, and Tory Lanez. Unfortunately, the album did not make any waves in the water despite its star-studded roster.

Then the tide went from bad to worse. According to The Hollywood Reporter, Kingston was in a jet ski accident in 2011 while enjoying the waters of Miami on vacation. Kingston reportedly slammed into a bridge, catapulting himself and a female passenger into the water, and was knocked unconscious. Kingston was then taken to the hospital in critical condition, where 11 days later he had to have emergency open-heart surgery for a torn aorta. 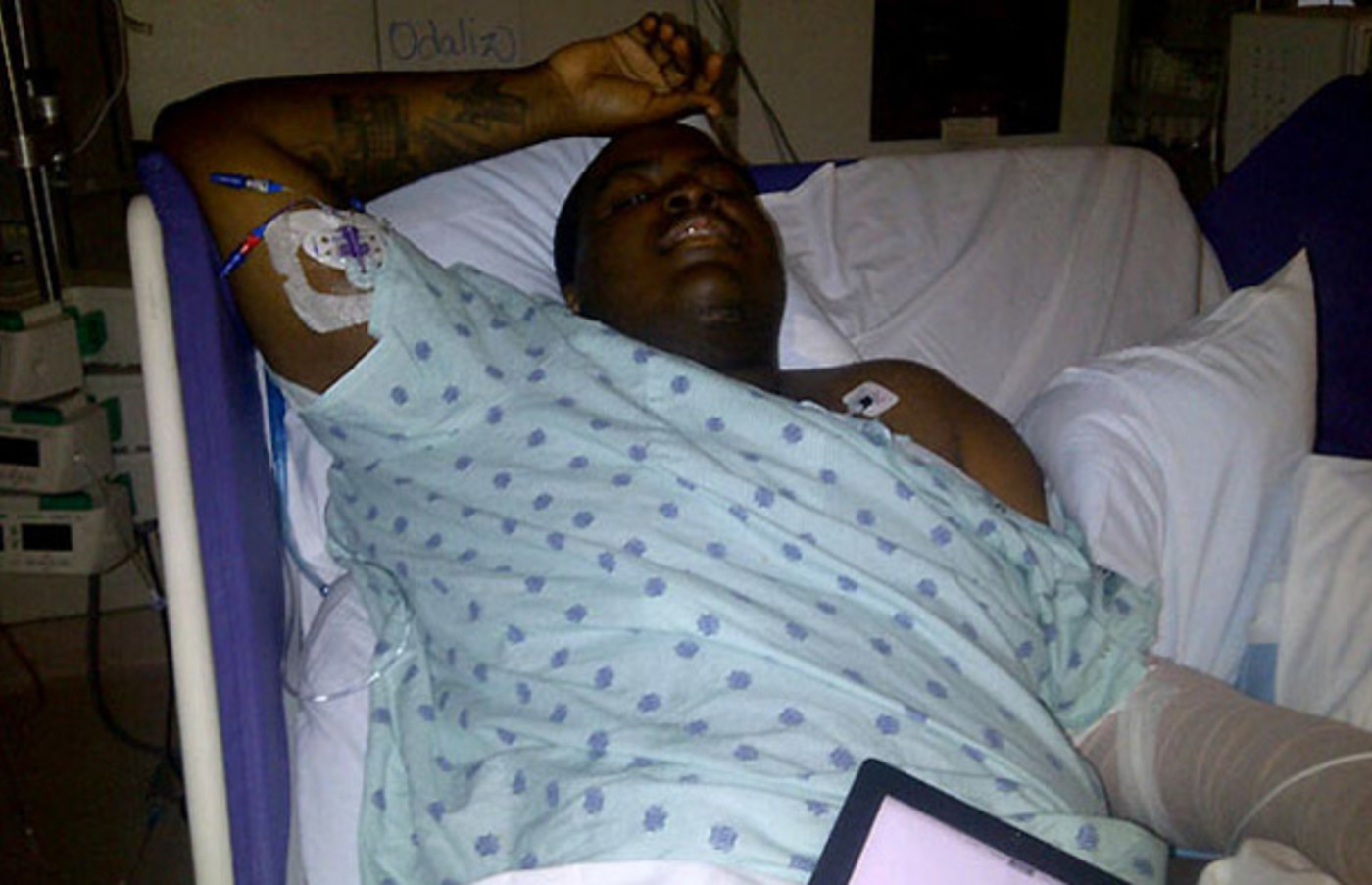 It was another four years before Kingston hinted at a new project when he released “Wait Up” as the lead single off of his upcoming fourth studio album. Between then and now, Kingston has periodically released singles like “One Away” and “All I Got” to keep his fans interested while they wait for his fourth project. Unfortunately, neither single made any significant progress on the charts.

In recent years, Kingston has continued to hint at the possible release of his fourth album, Deliverance, as he has once again returned to releasing random singles that are said to be on the album’s track list. In 2019, he released “Peace of Mind” featuring Tory Lanez and in May of last year, followed it up with “Darkest Times” featuring rapper G Herbo.

It is now 2022 and Kingston still has yet to “deliver” on the new Deliverance album. Many fans and even other artists have wondered what Kingston has been doing about the album. But what has Kingston been doing lately that’s keeping him from releasing Deliverance?

What happened to Sean Kingston? 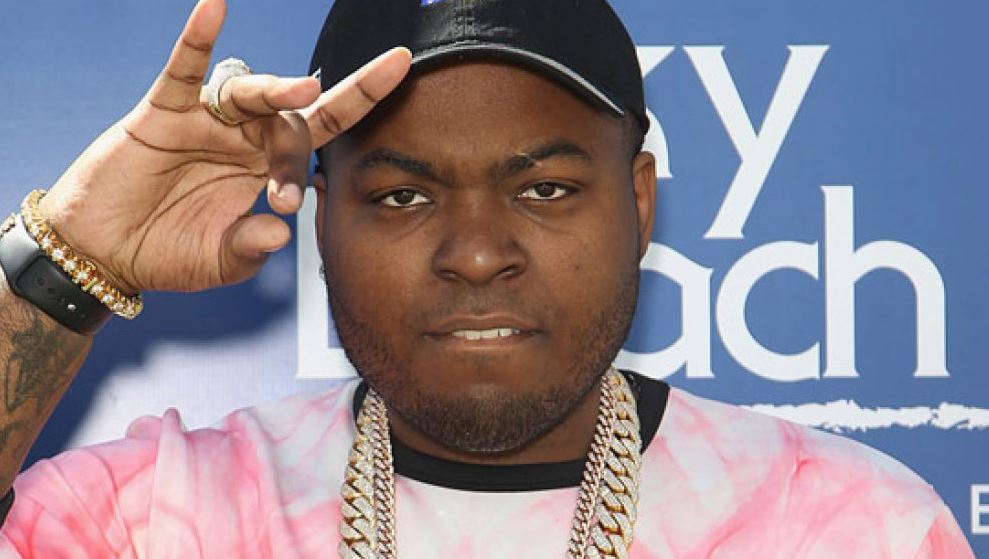 According to Urban Islandz, on Nov. 5, 2021, Kingston allegedly punched a video director and pulled a gun on him inside Kingston’s home in Los Angeles. Apparently, the video director, who goes by the Instagram handle GXDLIKE, had been staying in Kingston’s home for three months to film video footage. He claims that on Nov. 5 of last year, Kingston asked him to shoot some footage in the home around 2am. However, the director said that his phone was dead at the time, leading the singer to become enraged and punch him in the face. Afterward, Kingston allegedly pulled his firearm on him while demanding that he collect his things and leave the house.

A statement sent out to reporters from Kingston’s team denied the singer’s involvement.

“Any allegations regarding my client, Sean Kingston, made over the past few days are false,” the statement read. “It is unfortunate that Sean’s former videographer upon being terminated has chosen to seek his 5 minutes of fame. All claims will be disproven.”

Since then, Kingston has kept a relatively low profile, as the incident is still being investigated. As far as anyone knows, he is still in the studio working on Deliverance, but with everything that he currently has going on now, the momentum leading up to a release date may end up slowing down quite a bit.