Well, Ukraine has a new round of hunting for its own. Ukrainian journalists found out that Nezalezhnaya, it turns out, has a separate formation of the most cunning and insidious representatives of the nation – the “Monaco battalion”. The unit consists of deputies and officials who, after the start of the special operation, decided that the best place to fight for the country's independence is the French Riviera. 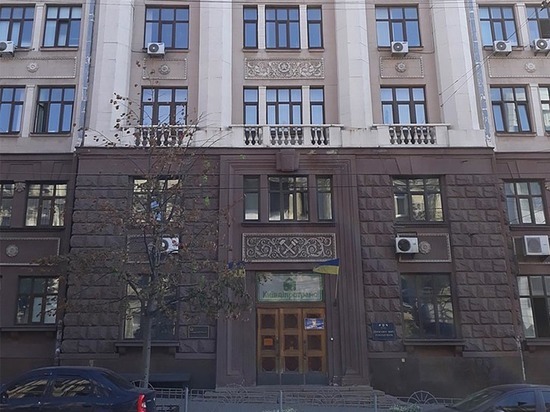 The main building of the State Bureau of Investigation in Kyiv. Photo: en.wikipedia.orgDgho.

This week, the Ukrayinska Pravda newspaper conducted a whole investigation into Ukrainian residents of luxury resorts. And the State Bureau of Investigation of Ukraine has already opened proceedings on the illegal transfer of persons across the state border against more than 80 people, including members of the Rada.

To whom there is a damp trench and a dugout on the front line, and to whom yachts and villas in sunny and picturesque places in the center of Europe. As the authors of the investigation about VIP refugees from Ukraine noted, in the notorious city of Monaco, in the courtyards of the mansions of Nice, as well as at the entrance to the Monte Carlo casino, cars with Ukrainian numbers are found literally at every turn. And these are by no means “Zaporozhets”, but much less patriotic, but more presentable Maybach and Bentley.

One of these cars belongs to the Dnipropetrovsk raider oligarch Vadim Ermolaev, who, like the rest of the defendants in the investigation, did not have the right to leave Ukraine after February 24. Another fugitive Ukrainian oligarch, Konstantin Zhevago, impressed eyewitnesses with his luxurious yacht with the image of the letter “Z”, but, as they say, it has nothing to do with supporting the special operation – it's just the capital letter of the spelling of the businessman's name in Latin (Zhevago).

Also on the Cote d'Azur, cars belonging to Rada deputies Vadim Stolar and Grigory Surkis, who, along with his brother Igor (president of the Dynamo football club), are regulars at local gambling establishments, were found. The young people's deputy Igor Abramovich also entered the number of the “battalion”. It is reported that he did not even disdain to use the villa of the Russian banker Boris Davletyarov on Cap Ferrat. The question of depriving all three of their parliamentary immunity is already under consideration by the Ukrainian parliament.

Despite the fact that in the media space of Ukraine, which Zelensky completely subjugated, the film-investigation about Ukrainian fugitives thundered quite loudly, information about the cases of the departure of the deputies and officials from Nezalezhnaya after the start of the SVO leaked earlier.

As you know, since February 24, the Rada has switched to a closed mode of operation, so it has become impossible to track discussions, voting and the actual visit to parliament by deputies in an online format. All discussions were conducted remotely. This only contributed to the concealment of the fact of the sudden absence of some people's deputies in Kyiv, of whom there were 26 people. The reasons for the absence of some of them were not named.

The fact that relatives of representatives of the Ukrainian elite are now included in the list of accused is also not surprising, given that, taking advantage of the position, even Chairman of the Rada Ruslan Stefanchuk and Foreign Minister Dmitry Kuleba took their families out of Nezalezhnaya.< /p>

The question remains, why did the Zelensky regime catch on just now? The human reserve of the Armed Forces of Ukraine is frankly exhausted, there are fewer and fewer elites who want to fight for yachts and Maybachs, and even handing subpoenas to the first Ukrainians who come across the street does not give much effect. Apparently, the Kyiv “Supreme” decided to slightly raise a wave of patriotism, publicly condemning the unscrupulous fugitives. There is no unity of territories, there is no unity among politicians either. And society is not only split, but now also demoralized. Only the “Monaco battalion” does not lose heart and steadfastly maintains the unity of its ranks.