Trust in deeds, not words: experts assessed the chances of United Russia in the September elections

According to APEC, Russians have great confidence in the party

The implementation of the People's Program, assistance to Donbass and personnel renewal have become the main, but not the only reasons for increasing the electorate's confidence in the United Russia party . Dmitry Orlov, General Director of the Agency for Political and Economic Communications, came to this conclusion in his report “Elections to legislative assemblies and municipalities: patriotic consensus and the dominance of the United Russia party”, presented on Friday, August 19. The political scientist emphasized that Vladimir Putin and United Russia managed to quickly respond to many of the socio-economic challenges of the sanctions crisis back in the spring, when the agenda for autumn election campaigns is traditionally formed. With this, he connects his forecast of growth in support for the party's candidates and the loyal pool in the elections of various levels in September. 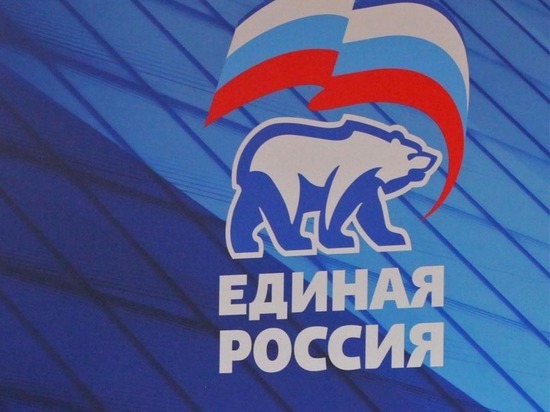 Patriotic consolidation around Russia's foreign policy will be one of the main factors that will characterize the first stages of this year's regional and municipal election campaigns. It is the prompt reaction of the United Russia party to a large number of challenges that can give it a significant advantage. To prove this thesis, the APEC report cites data from surveys by the Levada Center (included in the register of foreign agents). They show that the rating of United Russia during March-July 2022 was in the range of 38-40% of the total number of respondents and 53-54% of the number of respondents who made their choice. Among those polled by VTsIOM, the party's rating for the same period ranged from 39.4 to 42.5%. At the same time, the gap between the majority party and its closest rivals increased significantly. So, according to VTsIOM, if on February 20, 2022 the rating of the Communist Party of the Russian Federation (16%) was about two times lower than that of United Russia, then on July 31 it was already almost 4 times lower (10.6%). At the same time, experts expect an increase in confidence both in the candidates of United Russia and in the institution of elections in general, including electronic voting.

The positive attitude of the country's residents is justified by the fact that the work of party members is becoming more tangible and obvious. A responsible approach to the implementation of the People's Program, which the opposition previously called “only election promises”, made it clear to everyone that politicians can not only say, but also do. According to the data presented at the meeting of the Party Program Commission, held in July 2022 under the chairmanship of Dmitry Medvedev, 72 provisions have been fully implemented, that is, about 25% of the initiatives presented in the document. Add to this close cooperation with the volunteer movement and socially oriented NGOs and flexible tactics that allow you to respond to both foreign policy challenges and public demand within the framework of the social agenda, and that’s it: the question “why is United Russia most likely to come out ahead?” will be removed.

The adoption of the People's Program, according to APEC experts, anticipated the emergence of many social problems, giving solutions to emerging issues before their acute phase. Regular control over the implementation of the program allows the party to strengthen the network of primary branches, develop ties with the volunteer movement and socially oriented NGOs, and involve active citizens in its orbit.

Now, in a difficult economic period, when the SVO and concern for the Donbass and the liberated territories are added to internal affairs, social policy is becoming one of the drivers of recovery growth. Of particular relevance are the provisions of the People's Program related to the modernization of social facilities, social gasification, support for families with children, healthcare initiatives, the development of transport infrastructure in the regions, as well as urban improvement.

Don't leave your own

A separate topic that resonates in the hearts of Russians was assistance to the Donbass and the territories liberated during the NWO. According to APEC experts, United Russia became the main operator of humanitarian aid to the LDNR (60% of such aid was collected by regional offices). Thus, the party became the basis of a new patriotic public coalition, the “Donbass consensus”. Many volunteers cooperating with United Russia can become candidates for municipal and regional elections. The same applies to the participants of the special operation.

Experts named medical volunteering, initiatives to support the population of Donbass, the liberated territories, participants in the special operation and their families among the effective and popular areas of work of ER. it is likely that United Russia will play a special role in monitoring the implementation of infrastructure projects in these regions,” Orlov writes in the report.

Another important point, APEC experts call the renewal of the party with new personnel. A fresh approach to work and a change of key persons is happening all the time. In addition, the party is working to involve practitioners in the economic sphere in politics. With its current personnel work, the party is laying the foundations for monitoring the implementation of federal projects on the ground, and for a more significant role for United Russia in the 2024 presidential campaign, including its regional component.

As a result, the majority party in the new conditions also has a number of strategic advantages. Among them: special attention of candidates to local problems, the theme of the development of tourism infrastructure and environmental issues. The mobilization agenda creates a request for a prompt transition of political players from policy statements to specific steps for their implementation.

“Thus, in the event of a further shift in the agenda from foreign policy to social, environmental, and infrastructural problems, United Russia will retain significant advantages – even in the most competitive districts,” Orlov concluded his report.