From boats and armored vehicles to mines and pistols

Perhaps the most interesting exposition of 2022 has opened in Patriot Park near Moscow. This is an exhibition of weapons and military equipment of the Ukrainian army, which were taken as trophies by Russian troops and forces of the DPR and LPR.

< p>Actually, Ukrainian weapons in the exposition — times two and miscalculated. Basically, for everyone to see, Western equipment is exhibited, with which NATO countries have generously supplied Ukrainian troops. NATO, especially at the beginning of our special operation, delivered various weapons to Poland and Romania by dozens of transport aircraft, and from there they went to Ukraine in trains. Now the flow has become smaller, but still it is not interrupted.

Most of all trophies at the exhibition in Patriot Park labeled “made in USA”. These are Javelin anti-tank missile systems, Stinger portable anti-aircraft missile systems, Humvee military all-terrain vehicles, the M777 howitzer, or, as it is also called, the Three Axes. 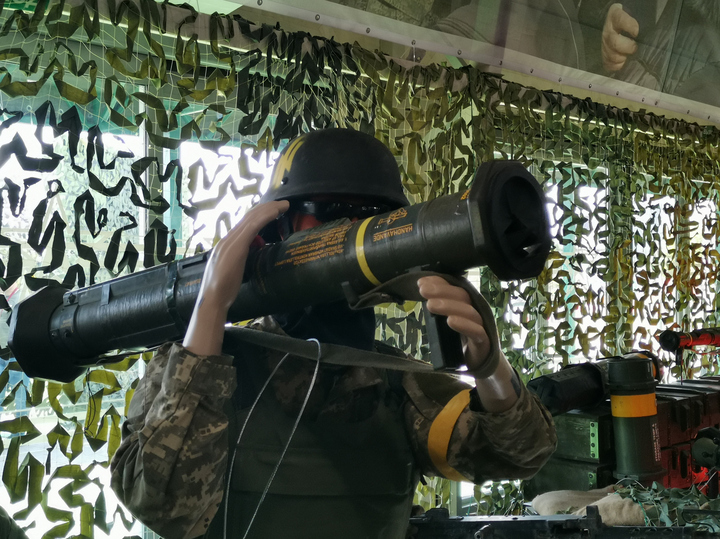 Western artillery of NATO caliber 155 is used by artillerymen of the Armed Forces of Ukraine to shell civilians. Every day these shellings claim the lives of people.

Some samples of armored vehicles — burned, were hit by our fire in battle, some were “trophied”; in working order. Some of the weapons were handed over by captured Ukrainian soldiers. Today, more than ten thousand former militants of the Armed Forces of Ukraine and the national battalions are already in captivity.

Here you can also see the Turkish attack drone “Bayraktar”. There are even boats of the Marine Guard of Ukraine: boats BG-23 from Mariupol and BG-24 from Berdyansk.

The exposition also presents anti-personnel mines “petal”, with which the Armed Forces of Ukraine cripple and kill civilians in Donbass, throwing “petals” at them. residential areas and streets. They are practically invisible in the grass, but if you step on such a mine, the explosion easily tears off your foot. Mines are banned by international agreements, but Ukrainian militants don't care about that. 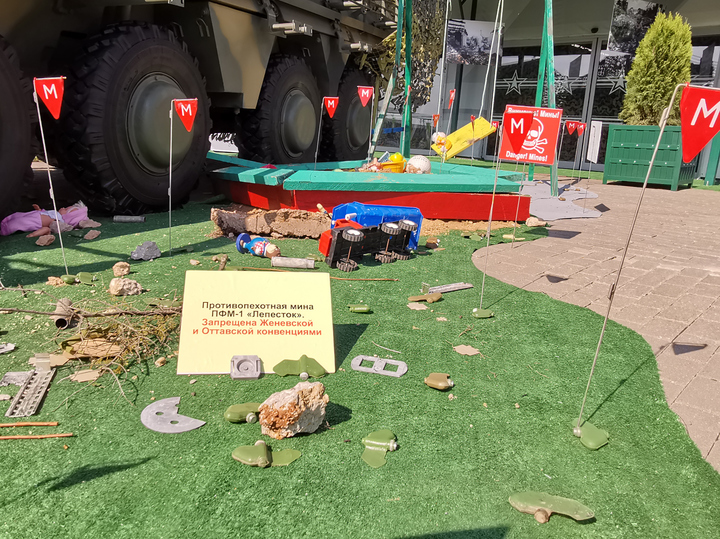 Large exposition section — foreign small arms of the Ukrainian army and foreign military mercenaries fighting in Ukraine. As the Russian officer responsible for this section of the exposition said, the United States supplies Ukraine with the most small arms.

– Sometimes they are not modern at all, the guide said. – There are also machine guns, machine guns, pistols from NATO countries, for example, Belgian production. There are Israeli rifles,  submachine guns. Sometimes  Ukrainian rifles and machine guns fall into the hands of our soldiers, & nbsp; made under American licenses since 2014 or made like American designs.

Thousands of American Javelin anti-tank missile systems and Swedish-British NLAW were delivered to Ukraine. As the specialist at the stand said, “Javelin” – not such a perfect weapon as it is presented in the Western and Ukrainian media.

“Not everyone can fire a Javelin,” said the officer. – We need preparation. After all, it is one thing to shoot, and another — hit the target exactly. “Javelin” cannot boast of good aiming at the target. Rain,  fog or thunderstorms can interfere with aiming. The complex itself is of hinged action, & nbsp; that is, it flies from above and hits the target in places of weak armor. Unlike its American counterpart, NLAW has improved aiming, focuses not only on thermal radiation, & nbsp; like a javelin.

All these Western military weapons did not help the Ukrainian militants win and are now brought to the suburbs, to the Patriot park. For edification, as they say.

Trophies of the special operation: from boats and armored vehicles to machine guns and pistols