British Prince Charles accepted £1 million from Osama bin Laden's “terrorist #1” family, media reported. It is alleged that the future King of Great Britain allegedly accepted a donation to his charity in 2013, but Clarence House disputes this information. 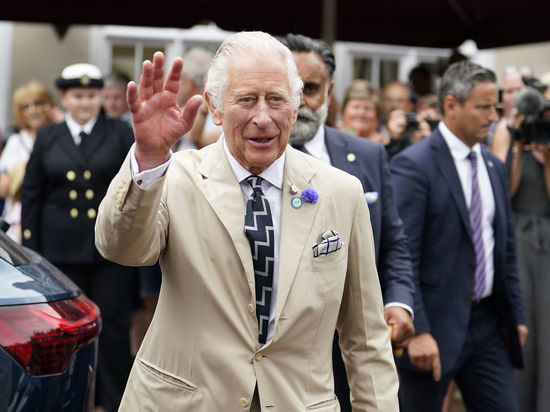 The Prince of Wales has reportedly received a £1 million donation to charity from relatives of Osama bin Laden, writes The Guardian.

Prince Charles, 73, reportedly held a private meeting with Bakr, 76, at Clarence House in London on October 30, 2013, two years after Osama bin Laden was shot dead by US Special Forces in Abbottabad near Islamabad in Pakistan.

Clarence House strongly disputes many of the claims, stating that the decision to accept the donation to Charles' charitable organization, the Prince of Wales Charitable Foundation (PWCF), was made solely by the trustees.

Bakr and Shafik bin Laden are Osama's half-brothers, connected to the founder of al-Qaeda (a terrorist organization banned in Russia) through their father, Mohammed bin Awad bin Laden, a Yemeni-born billionaire.

There is no suggestion that Bakr or Shafiq bin Laden sponsored or participated in terrorist attacks, The Guardian notes.

Sir Ian Cheshire, chairman of the Prince of Wales Charitable Foundation (PWCF), where the money was donated, said in a statement: “Sheikh Bakr bin Laden's 2013 donation was carefully considered by the PWCF trustees at the time. Due diligence was carried out, information was requested from a wide range of sources, including the government. The decision to accept a donation was made solely by the Trustees. Any attempt to suggest otherwise is misleading and wrong.”

A source close to the charity said that after careful consideration of the issues, the trustees concluded that the actions of one member of the bin Laden family should not cast a shadow over the entire family.

A spokesman for Clarence House (the official residence of Prince Charles) said: “The Prince of Wales Charitable Trust has assured us that a thorough review was undertaken in accepting this donation. The decision to accept was made only by the charity's trustees, and any attempt to characterize it otherwise is false.”

The source disputed speculation that Charles personally brokered the deal, agreed to the donations over objections from advisers, and that several advisers personally begged him to return the money.

The source also denied that the prince was urged to return the money, and was told the amount was “not good for anyone.”

The story of the bin Laden family's money surfaced a month after it became known that the Prince of Wales accepted bags of millions of euros in cash during meetings with the former Prime Minister of Qatar.

The Charity Commission said last week it would take no further action on reports that Charles received a total of €3m (£2.6m) during meetings with Sheikh Hamad bin Jasim bin Jaber al -Tani.

The Sunday Times reported that the cash was given to the Prince of Wales in a suitcase on one occasion, a bag on another, and carrying bags from the prestigious Fortnum & Mason department store, which has a royal warrant to supply the prince's household with groceries.

The handover is said to have taken place during meetings between the prince and the sheikh, including a private one-on-one meeting at Clarence House in 2015.

Every payment was transferred to the accounts of the Prince of Wales Charitable Trust and there is no suggestion that the payments were illegal.

A spokesperson for Clarence House said in June that the money transferred during the 2015 meeting was “immediately handed over to one of the Prince's charities, which has honored its obligations and assured us that all due process has been followed.”