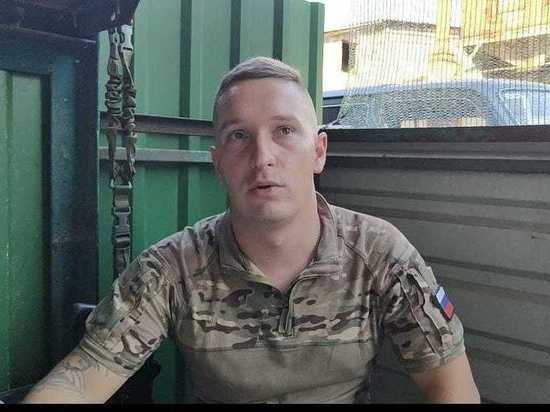 Commander of the second tank company, callsign “Ignat”, says that now his unit is advancing in the Dzerzhinsk area.

– Now we are fighting in the area of ​​the Maiorskoye entry-exit checkpoint, – the military man clarifies. – We are working with closed firing positions, we knock out the enemy from their fortified areas and strongholds.

The so-called Maiorskoe checkpoint has been under the control of the Armed Forces of Ukraine (AFU) in recent years. President Zelensky came here in 2020. Then he promised peace in the Donbass. But in fact, he ruined tens of thousands of lives in order to strangle Donbass.

The Gorlovsky tanker explained that now they do not have the opportunity to work from direct fire, “on the forehead”, therefore, this particular technique of warfare was chosen: tankers hit the enemy at a distance of seven to ten kilometers, which allows them to remain invisible, and therefore invulnerable to enemy.

– The operation of tanks in this situation is much more efficient than if fired from artillery pieces, – Ignat is convinced. – The speed of tank shells, the dispersion of fragments and firepower is an order of magnitude superior.< /p>

Correction of work is carried out with the help of drones.

– What other military tricks do you use? – I'm interested.

“Very often we use a “tank carousel” in our work,” the interlocutor shares. “One tank drives up, works out, hides, and the second immediately leaves for the position. Thus, the fire is conducted almost continuously, which does not give the enemy the opportunity to rest. There were cases when in the “tank carousel” they alternated not in one car, but in pairs. At the same time, the deuce that had fired back changed its position, and fired again from a different direction. This technique completely disorients the enemy. He simply does not understand where to expect the next blow. As a result, the Ukrainian troops drop their weapons and flee.

However, despite the frequent flight in the ranks of the Armed Forces of Ukraine, according to the interlocutor, one should not underestimate the enemy. He keeps the defense active. The fortified positions built over eight years contribute to this.

– But this does not prevent us from knocking them out. It just takes a little more time, sums up Ignat.

The officer said that over the past month, his unit has moved forward, recaptured several small settlements and is soon preparing an attack on Dzerzhinsk. In terms of mileage, this is not so much, just a few kilometers, but in terms of significance, it is undoubtedly a big breakthrough.

“Each battle is unique in its own way,” the tanker continues. – But there are those who are remembered for a long time. We had a case – during the assault we worked out a “tank carousel”, and one tank, instead of returning, went straight to the enemy's trenches. Breaking through the landing and firing from a tank gun, he practically leveled the trenches with the ground, which, of course, shocked the Ukrainian soldiers. They did not even try to defend themselves, they abandoned everything – weapons, personal belongings – and fled.

The work of the crew cannot be called anything other than a manifestation of courage, the commander is convinced. After all, not everyone dares to do this. Although the tank is considered to be the most powerful technique, modern anti-tank guns and missiles can also cause him a number of problems. Moreover, the tankers already had experience of such “meetings”.

– One cannot but admit that Western anti-tank weapons pose a threat to our tanks. But we try to protect our cars with regular dynamic protection. Plus, we weld cumulative screens onto tanks. It really works, we have repeatedly convinced ourselves in practice. Therefore, no matter what the West supplies to Ukraine, we will still beat the enemy and go to the end.