And they promise state protection

The government has submitted a bill to parliament that proposes obliging officials in the regions under threat of dismissal to report to the prosecutor's office about all attempts to persuade them to take bribes. For officials at the federal and municipal levels, such a requirement has not yet been spelled out in anti-corruption legislation. 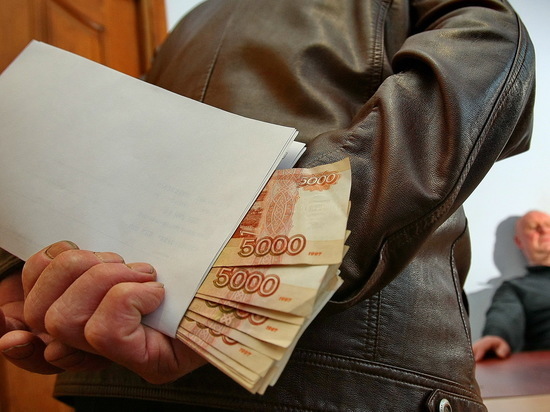 The initiative was developed in accordance with the National Anti-Corruption Plan for 2021-24, Vasily Piskarev, head of the relevant Duma Committee on Security and Anti-Corruption (ER), reminded journalists. It is proposed to prescribe in the current law “On Combating Corruption” the obligation of “persons holding public office in the constituent entities of the Russian Federation” to report to the prosecutor's office or other bodies that have the right to conduct inspections about all cases of contacting them “in order to induce them to commit corruption offences.” About all attempts to give a bribe in any form, in simple terms. The government wants to set a deadline for fulfilling the requirement at five days. It is specifically stipulated that officials at the regional level who reported such information about themselves – and at the same time those who informed law enforcement agencies about the facts of committing corruption offenses by other officials at the regional level or officials – will be “under the protection of the state.” Mr. Piskarev noted the importance of this norm: “because the inducement to break the law can be accompanied not only by promises of any benefits, but also by threats, and a civil servant who has rejected such proposals must be sure of his safety.”

The list of officials at the regional level is established by a decree of the President of the Russian Federation. These are members of regional governments, deputies of legislative assemblies headed by the speaker and vice-speakers, members of the regional election commission, auditors of the regional accounts chambers and local commissioners for human or child rights, justices of the peace, etc.

A similar requirement has already been established since 2021 by another federal law for deputies of regional parliaments, the explanatory note says. If you look at the same law “On Combating Corruption”, then it contains similar norms only for officials at all levels, from federal to municipal. For officials of all levels, including the federal one (this is the president, government, State Duma deputies and senators, federal judges, judges of the Constitutional Court, the Supreme Court, the Prosecutor General, the Secretary of the Security Council and his deputy, the head of the Investigative Committee, auditors of the Accounts Chamber, members of the Central Election Commission, etc. .d., etc.), both regional and municipal, only the requirement to be sure to report to the anti-corruption commission about the presence of a conflict of interest, that is, such a situation that has arisen when personal interest can affect the content and result of the work, is fixed.

The explanatory note to the introduced bill also reminds that for non-compliance with the new requirement, there will be some kind of “responsibility” established by laws or other regulations. There are no explanations. What can be discussed? “In this case, of course, not about administrative or criminal liability, which arises only if a corruption offense is committed, but about disciplinary, dismissal due to loss of confidence, for example,” the deputy head of the Duma Security Committee explained to MK. and Anti-Corruption Ernest Valeev (ER).

Since 2017, all information about those dismissed due to loss of confidence due to violation of various anti-corruption requirements has been entered into a special register and stored there for five years. Last name, first name, patronymic, place of work that the citizen lost, date of entry and exclusion of information (the entry is prematurely deleted due to death or if the decision to dismiss was canceled) … The register can be found on the Internet. As of August 8, 2022, it had more than 3 thousand entries. Officials of the municipal and regional levels, employees of regional customs and various kinds of supervisory authorities, municipal deputies, bailiffs, investigators, national guardsmen and policemen, forensic experts, employees of military registration and enlistment offices, assistants to prosecutors… First Secretary of the Consular Department of the Russian Foreign Ministry.

How relevant is the topic of fighting corruption for Russians now, in the context of the situation that has radically changed after February 24, 2022, and for the Russian authorities too? There are problems with international cooperation in this area, as in many others. The very National Anti-Corruption Plan, in pursuance of which bills are regularly written, which the Parliament then adopts, refers, for example, to Russia's cooperation with the GRECO organization (Group of States against Corruption). But this organization was created by the Council of Europe, in which Russia is no longer a member since mid-March 2022. What is the point in taking measures similar to the one proposed by the initiative now submitted to the State Duma?

The anti-corruption topic is still of interest to Russians, political scientist Alexei Makarkin believes, “if only because corruption contributes to a decrease in the efficiency of the state apparatus, which directly affects both the economy and the social sphere, the consequences of which are felt by citizens.” In addition, “anti-corruption legislation, among other things, creates opportunities for strengthening state control over officials,” he reminded MK.

“If we talk about real tools to fight corruption, then the most rational of them is the reduction of state participation in the economy and the distribution of funds, property, preferences. Now there are no signs of this. But the second dimension – a demonstration of the dependence of civil power on the power – has not disappeared. There were pauses in the arrests of officials at the beginning of the covid epidemic and in February-March 2022, but now they have resumed again. This is not directly related to the fight against corruption, but it allows regional structures of law enforcement agencies to fulfill their KPIs (Key Performance Indicators – MK.),” said political scientist Mikhail Vinogradov. As for the public attitude to this topic, this dimension of the problem is “now on the periphery of attention,” he admitted in a conversation with MK: “people usually react sharply to resonant scandals, films, excesses, but ideas about the effectiveness of the fight against corruption (and there are no expectations of its increase) in society as a whole, the respondents rather say that the existing realities are not immutable”. “At the same time, the anti-corruption field itself can hardly be called transparent. For example, in July, during the adoption by the Duma in the first reading of the scandalous amendments to the law “On Advertising”, it turned out that the project did not pass an anti-corruption examination, since this procedure does not exist for documents submitted by State Duma deputies – it is carried out only in relation to external projects,” noted expert.