Quando Rondo has stepped forward to address accusations he deliberately cast a Lil Durk look-a-like in his new video.

Georgia bred rapper Quando Rondo is no stranger to controversy, and his name is once again in the news following the release of the brand new music video for his track “Soul Reaper.” The visuals are creating a buzz for its main character, who bears a striking resemblance to Chicago rapper and rival, Lil Durk.

This is extremely shocking since the rapper was involved in an altercation with Durk’s associate King Von, moments before he was killed outside of an Atlanta nightclub. Since then, Quando and his associates have participants in a standoff of sorts, with rappers Lil Durk and 600Breezy on the opposing side. They say art depicts life, and if that is the case, many can understand why some may believe the video seems to be hitting a little too close to home. The Rich Porter-directed cut captures Rondo and his crew robbing and shooting the Lil Durk lookalike.

Rondo has refuted claims that the individual in the video was meant to represent his blonde dread rival. “These fans make anything up ni**as don’t even be thinking like that,” he wrote on social media. 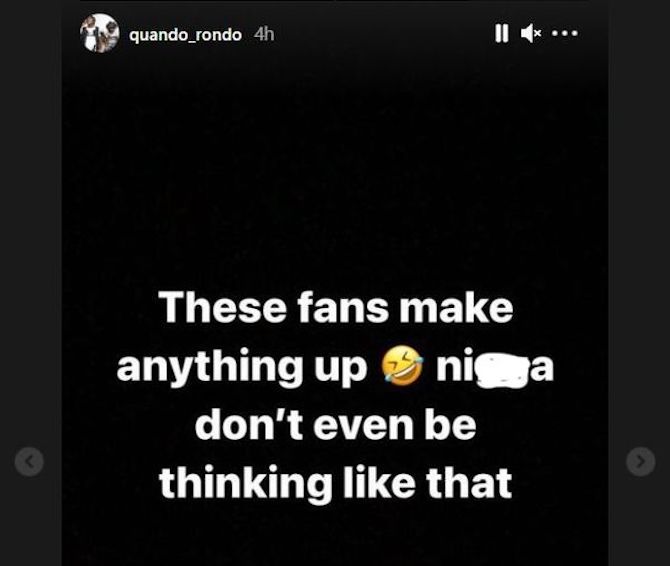 Quando Rondo, who is signed to Never Broke Again and Atlantic Record, initially rose to prominence in 2018 following the release of his song, “I Remember,” which featured Lil Baby. Since then, he has released several mixtapes, along with his debut album in January 2020.

You can go ahead and check out the visuals for “Soul Reaper” below and let us know what you think.