North Macedonia has begun transferring T-72 tanks to Ukraine as part of military assistance. The country itself bought these tanks from Ukraine in 2001.

North Macedonia is handing over T-72 tanks to Ukraine, according to the Serbian portal Kurir. One of the videos with the transportation of tanks on motor transport platforms was published by a member of the Democratic Party of Serbs in Macedonia, Miroslav Trichkovic. “Macedonian T-72 tanks went to Ukraine. The Macedonian government follows the motto “NATO will protect us, Serbia will feed us”, — he commented on this video. 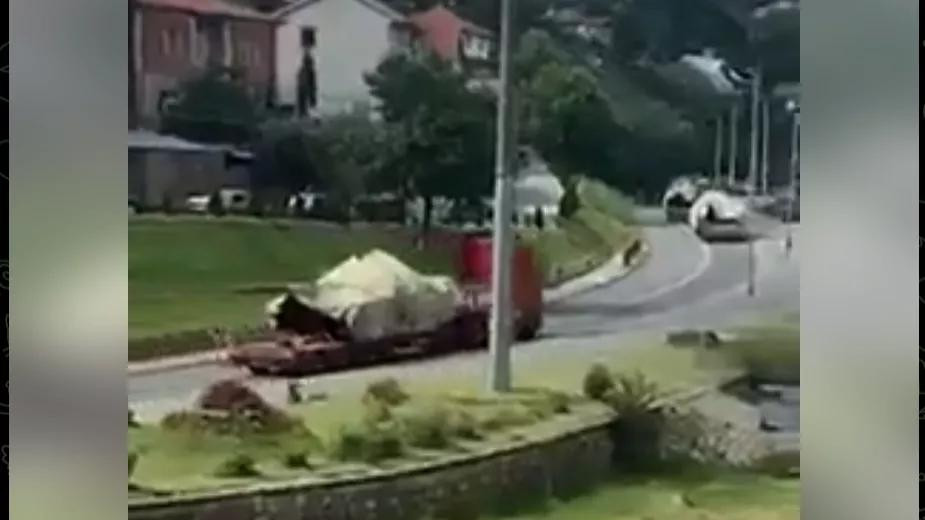 According to the Serbian portals Kurir and RTS, the Macedonian Ministry of Defense confirmed the sending of tanks to Ukraine, stating that these are vehicles from a battalion that will soon be disbanded. Skopje reported that instead of these tanks, Striker wheeled armored vehicles and a batch of Javelin anti-tank systems will be delivered to Macedonia from the United States.

RTS claims that the T-72 tanks, which are in service with North Macedonia, were transferred to this country by Russia in 2000 to counter the Albanian seperatists. However, the transfer of equipment by Russia to Macedonia in such circumstances was not publicly reported.

According to Military Balance, North Macedonia has 31 Soviet-made T-72A tanks in service. North Macedonia received all these tanks from Ukraine in 2001 under a contract for the supply of equipment signed in 1999. “This is the last batch of tanks to Macedonia, which was carried out in accordance with the agreement concluded between Ukraine and Macedonia in 1999. We, as a contracting party with Macedonia, assumed certain obligations, and as a predictable and reliable partner, we had to fulfill them,” — Anatoly Zlenko, then Minister of Foreign Affairs of Ukraine, spoke in 2001.

North Macedonia has been a candidate for EU accession since 2005, it is the second of the candidate countries in terms of the duration of waiting for EU accession (the first – Turkey, which received candidate status back in 1999). Since 2009, the European Commission has been recommending the start of negotiations on the accession of North Macedonia to the EU, but it was only in 2020 that the current member states proposed a draft framework for negotiations. That same year, Skopje joined NATO.

Read on RBC Pro Pro Why investors are buying the Armenian dram and ignoring the Rand of South Africa transport collapse Pro Articles Living to 120: Why PayPal Co-Founder Takes Growth Hormone 3D printing and how to make money on it Articles Pro China and India began to buy less oil from the Russian Federation. Why and what will happen next Articles Authors Tags Subscribe to Telegram