NATO has prepared a new crusade to the East

Against Russia and Against China

For several generations of Russian people, the abbreviation NATO was a symbol of the mortal danger of a new world war. We perceived the enmity of the military bloc of Western countries with the Soviet Union as an irreconcilable contradiction of our communist faith and their liberal democratic principles. 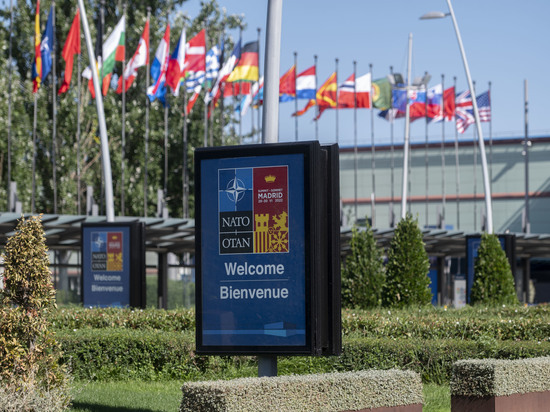 After the collapse of the Communist Party and the disintegration of a power based on the ideas of socialism, they began to expect a weakening of enmity and the establishment of interaction. But this did not happen. The NATO bloc not only survived, but also recently drew into its ranks the military allies of the USSR and even some of its constituent parts. It became clear that it was not about ideology. The roots of the ensuing 30-year rise in tension on Russia's borders and the current NATO-backed clash with Ukraine are to be found in geopolitics and history.

In the 1,500 years of Russia's presence on the world political stage, it has many times had to repulse the onslaught of coalitions of Western countries. It all started with the Crusades in the 13th century. Part of the crusaders plundered Orthodox Byzantium and fought with Muslims in Palestine. Another part tried with fire and sword to convert Orthodox Russians to the Catholic faith. Novgorod Prince Alexander in 1240 defeated the knights, whose ships entered the Neva River. Therefore, he entered his name in history as Alexander Nevsky. This great warrior was ranked among the main Russian saints not only for military victories. He was able to preserve the Orthodox faith by turning to the East for help. Prince Alexander made a trip to the headquarters of the Mongol Great Khan in Karakorum in 1247-1249 and received a “label”, a mandate to rule Kyiv and all other Russian lands. Russia paid a considerable tribute to the Mongols, but they did not demand to change their faith, to change the civilizational codes of the Russian nation.

Another big trouble came from the West in 1609-1618, when the combined Polish-Lithuanian troops took advantage of the internal strife of the Time of Troubles on Russian soil and captured Moscow. The Russian tsar and his troops were unable to resist the interventionists, who were assisted by the Crimean Tatars and Zaporozhye Cossacks. The Russian people themselves rebelled against them. The merchant Minin from Nizhny Novgorod gathered a militia, headed by the experienced Prince Pozharsky. The invaders were expelled to their lands. Until now, there is a monument to Minin and Pozharsky on Red Square in Moscow as a symbol of the love of freedom and masculinity of the peoples of Russia.

Once again, the combined forces of the West conquered Moscow in 1812. The army under the command of the French emperor Napoleon Bonaparte included troops from almost all of Europe. Among them were Italians and Spaniards, Bavarians, Saxons and Westphalians, Swiss, Austrians, Croats, Poles, Lithuanians and Portuguese. As a result, the number of French troops proper amounted to slightly more than half of the Big Army of 600 thousand bayonets and cavalry. Napoleon's numerous and experienced army took Moscow. However, the invaders were soon forced to leave the devastated and burned city and retreat back to the West. The cold doomed the French army to torment and hunger, it was melting under the constant blows of Russian troops and partisan detachments of peasants. A little more than 30 thousand people managed to leave Russia. In 1814, Russian troops triumphantly entered Paris.

The strengthening of Russia did not suit the other victorious power – England. She created a coalition to fight a recent ally from the troops of England, France, the Ottoman Empire and the Kingdom of Sardinia (part of present-day Italy). The main success of the Crimean War (1853-1856) for the troops of the West was the capture of the port of Sevastopol after a 349-day heroic defense. It is characteristic that the coalition of the countries of the West already in those years carried out aggressive actions also in the East. The ships of the Anglo-French squadron tried during the Crimean War to capture Petropavlovsk-Kamchatsky, an important port of the Pacific possessions of Russia. The unsuccessful assault on the city in 1854 was undertaken by the same ships and the same interventionist landings that participated in the Second Opium War against China (1856–1860).

Traditions of collective aggression against Russia have been developing in Europe for centuries. But its most striking manifestation was the German campaign against the Soviet Union in 1941-1945. The Fuhrer of Nazi Germany, Adolf Hitler, simultaneously hated the Soviet Union both as a stronghold of the communist idea and as a traditional geopolitical enemy. The same hatred was displayed by the anti-communist elites in other European countries. They considered fascism a lesser evil than Bolshevism, and it was not by chance that they quickly capitulated at first, and then began to supply the Wehrmacht (Germany's army) with modern weapons from their factories. This is exactly what France, Czechoslovakia and Belgium did. Italy, Spain, France, Hungary, Romania, Albania, Croatia, Finland and others sent military formations or volunteers to the front of the fight against Bolshevism. The detachments of “Galicians”, the inhabitants of Western Ukraine, have become sadly famous for their atrocities.

The Allies faithfully served Hitler until the first major defeats. Already during the battle for Stalingrad (July 1942 – February 1943), Romanian soldiers and officers began to surrender en masse. Of these, two Soviet infantry divisions were even formed, which already in 1944 entered into battle with German troops. After the arrest of Mussolini (July 1943), the Italian troops refused to fight the Soviet soldiers, the Germans shot the former allies in whole units. In September 1944, allied Finland turned its weapons against Germany. The fate of other national formations was sad. They were first used as cannon fodder in dangerous sectors of the front, and after the loss of confidence, they were disarmed and left to fend for themselves.

The strengthening of the Soviet Union as a result of the defeat of Nazi Germany and its allies frightened Russia's traditional opponents – the British, as well as the Americans, who became leaders of the Anglo-Saxon geostrategic alliance. Already in March 1946, Winston Churchill delivered the famous Fulton speech, which was directed against a recent ally – the Soviet Union and is considered the official beginning of the Cold War. The word was followed by action – on April 4, 1949, the United States created the North Atlantic Treaty Organization – NATO. Initially, it included 12 states. The main task of this organization was the unification of military and economic resources under the command of the United States in order to prepare for a total war against the countries of another military bloc – the Warsaw Pact Organization (OVD), led by the USSR. It was created only 6 years after NATO – in July 1955.

The confrontation between NATO and the Warsaw Pact lasted three and a half decades, it was sometimes very tense, but there was no war. The ATS was dissolved on July 1, 1991, shortly before the collapse of the Soviet Union. Almost immediately, the question arose of the advisability of NATO's continued existence. But the United States, which actually controlled the bloc, set a new task for NATO – to involve the former member countries of the Warsaw Treaty Organization and the post-Soviet countries of Europe in their structures. Now NATO, as well as the troops of Napoleon and Hitler, includes most of the countries of Europe. Geopolitical priorities have continued and continue to dictate the logic of the behavior of the military organization of NATO and its actual twin in the field of economics and politics – the European Union. The desire to expand NATO's geopolitical space at the expense of Russia's traditional sphere of influence has been at the center of the current Ukrainian crisis.

Caught on the brink of war with Russia, NATO leaders decided to reflect the new reality in the bloc's current founding document, the Strategic Concept. This will happen at the NATO summit, which will be held in Madrid on June 29-30. Two major changes are expected in the action plan for the coming years (the current Strategic Concept was adopted in 2010). First, Russia will be declared a security threat to NATO, not a partner. Secondly, China will be declared the same strategic adversary of NATO. Delegations from Australia, South Korea, Japan and New Zealand have been invited to the Madrid summit to plan anti-Chinese actions. These countries are not members of NATO, but they are essential elements of the system of containment of China, which Washington is persistently building. NATO Secretary General Jens Stoltenberg did not remain silent about the fact that China will be mentioned in the Strategic Concept. In an interview with the German newspaper Bild am Sonntag, he called the rise of China “a challenge to our interests, values ​​and security.”

Washington urgently needs NATO to reinforce China's containment policy as soon as possible. To this end, the Indo-Pacific Strategy has been developed and is being implemented. Its practical content is both the already existing military alliances with Japan, South Korea and Australia, as well as the new military bloc AUKUS, and the military-diplomatic structure of the KVAD. US efforts are aimed at uniting all allies and their resources into the IPTO Indo-Pacific Treaty Organization (IPTO) along the lines of the Euro-Atlantic Treaty Organization. The new military bloc of the West will threaten Russia's security interests as a Pacific power. To an even greater extent, it will be directed against China. The traditions of the opium war and the collective robbery of Western countries are being revived in the 21st century. As for Russia throughout its history, the West is becoming the main source of threats for China.