Nathan Eismont: what awaits the ISS and why Russia needs a new orbital station 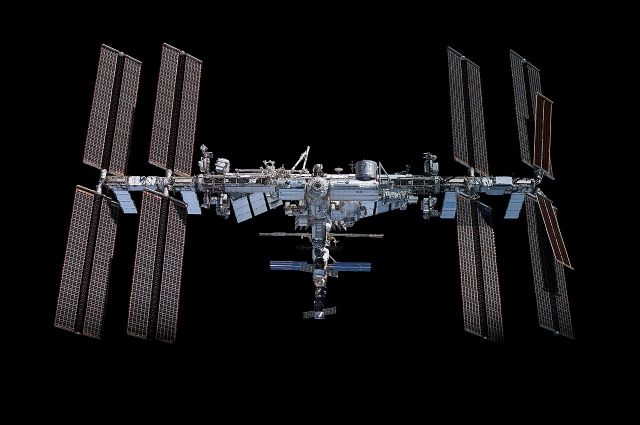 During the meeting with the president, the new head of Roskosmos Yuri Borisov confirmed that after 2024 Russia will withdraw from the International Space Station project.

About what awaits the ISS further and for what Russia has a new station, "AiF" spoke with leading researcher at the Space Research Institute of the Russian Academy of Sciences, Doctor of Physical and Mathematical Sciences Nathan Eismont.

Museum at an altitude of 600 km

Dmitry Pisarenko, aif.ru: —     When when do you think will leave ISS?

Nathan Eismont: — Go to 2024  — it's like leaving right now. I'm sure it won't happen abruptly. Firstly, the Russian side must transfer all its competencies related to work on the ISS. Secondly, we ourselves are interested in staying at the station as long as possible. And the Americans are interested in and all other participants. Despite the most difficult geopolitical situation, no tension was felt on the ISS at all. There are excellent relations between everyone.

We will stay at ISS as long as possible. And by the way, I'm not sure that the station will be flooded after 2030

— What will happen to her?

There are proposals to raise the ISS orbit by 150–200 km and leave it there for a long time, for decades. At            the atmosphere will not slow down           it will be required to send a spacecraft every few months, as it is now, to return the fallen altitude to the previous value.

And you can use the station as a museum, take tourists there. After all, this is a unique structure, in which huge resources of mankind have been invested. Why sink it in the ocean? This is a monument of our civilization, it is better to save it for posterity.

—      ISS, our cosmonauts will move to  ROSS (Russian Orbital Service Station), which      is much talked about. But and there is little specifics: according to documents there is no such project, the goals are unclear, the costs — too. Yes and pull will we it

— There are doubts whether plans for the development of our own station will fit into other already approved plans for space activities. You may have to sacrifice something.

The new station will have an orbit with an inclination of 96.9° to the plane of the equator, and supporters of this option say: oh, great, all of Russia will be constantly visible from orbit! Indeed, from the orbit on which the ISS is currently flying (with an inclination of 51.6°), it is impossible to observe zones north of this latitude. But these areas are perfectly viewed by satellites, of which these orbits are so full. These are Earth remote sensing devices, meteorological satellites … Sun-synchronous orbits are overloaded with them, there are even special services that monitor around the clock so that there are no collisions.

Of course, ROSS will fly below these satellites, and collisions do threat   , but the question is what for what purpose is it needed, for what tasks? If for observations of the surface of the Earth, then satellites cope with this. True, we have very few there there only 10, and this is a serious gap, but it is unlikely to fill it with the launch of an orbital station. 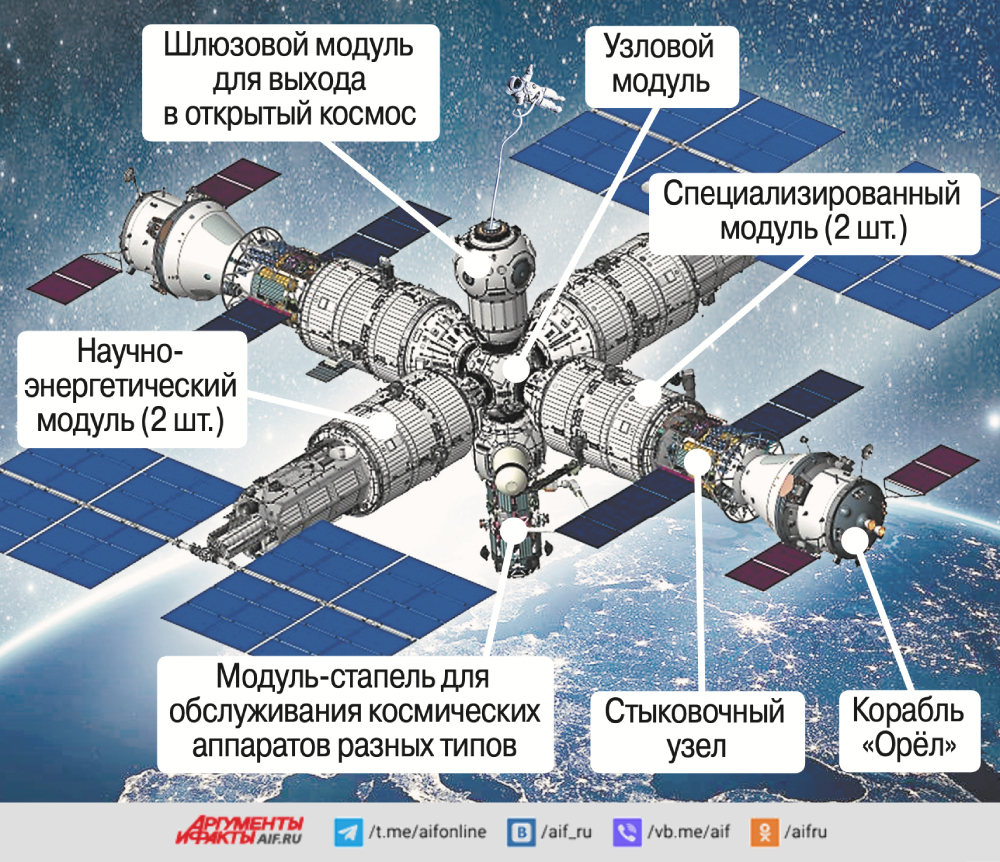 With a dream of Mars

— Maybe we don't know everything about the tasks of the new station? Rogozin, being the head of Roskosmos, said that it would look like Picatinny rail — rail fastening system used in small arms. Maybe such a comparison is not in vain?

— Indeed, there is talk of military purpose. But now, again the same, these tasks are perfectly solved by automata. And one thing — to observe from orbit, and completely different — bring weapons there. There is an international treaty according to which it is forbidden to launch weapons into space, and I don't think that anyone would risk violating it. After all, by doing so, he will open the way for others. This is a very delicate balance, and everyone has an interest in keeping it.

— Then what are the arguments in for ROSS? Conducting scientific experiments? But them and ISS was underloaded. The last argument — preservation of the manned flight program.

— Disputes about whether manned spaceflight is needed all the time arise between specialists. Many people involved in science are against it. Why? Because if you look at the scientific results obtained from manned and unmanned programs, the comparison is in in favor of manned, and strongly. If you take the experiments on ISS, for fundamental science there are not particularly outstanding results.

Nevertheless, manned astronautics is needed, and here's why. The thing is that all recent scientific achievements related space exploration — all these dark matter, black holes, exoplanets and gravitational waves are incomprehensible and uninteresting to a person from the street. And here is a man in space — quite another matter. Each of us, regardless of the country in which we live, feels a bit like an inhabitant of space. And                 there             this is important and necessary.

— So manned astronautics serves to promote space research in the broad sense?

— Absolutely, although the word « propaganda» gives off negative. If we want people to support scientific space exploration, we need to launch manned missions too. WhyElon Muskconstantly mentions an expedition to Mars as the ultimate goal? It is customary to laugh at him, but there is a deep meaning in this: it attracts people's attention. And, by the way, our ROSS can play a crucial role in the upcoming expedition to Mars. The point is that without the experience of constant flights in near-Earth orbits we will not be ready for a long flight to Mars and back. We still don much to ensure the safety of such an interplanetary flight.

If we suddenly stop working on orbital stations, the experience gained will be irreversibly lost. Therefore, manned programs need to be continued. Mars still remains a dream, but      the        refuse   refuses  >

— If we talk about the timing of the termination of Russia's participation in the ISS project — we declared that we intend to do it not from 2024, but after 2024  In Russian, these are two big differences.

— The set of technical problems makes us think about the goal of continuing the manned program — about the creation of a Russian station. And this transition — completion of work on ISS and commencement of work on Russian station, — must definitely be synchronized.

— Today we are discussing whether a completely new Russian station will be built or we will attach the new station to the old one, and then undock. Now our American partners on ISS offer the possibility of docking, including commercial modules, and using them as a test platform for testing.

— The new station will be akin to a Picatinny rail. This allows you to quickly change some equipment. The outer side of the station, facing the Earth, will be constantly loaded with various spacecraft. They will be able to conduct both conventional visual observation, and in infrared mode, radar mode, see through the night, fogs.