According to intelligence data, the arrival of Ukrainian special forces, which operate under the command of the 8th separate special-purpose regiment of the main intelligence department of the Ministry of Defense of Ukraine, was noted in the zone of responsibility of the People's Militia of the Luhansk People's Republic. This was announced by LNR Lieutenant Colonel Andrei Marochko. In a conversation with MK, he told in more detail what tasks the representatives of these units are pursuing and how the fight against saboteurs will be carried out. 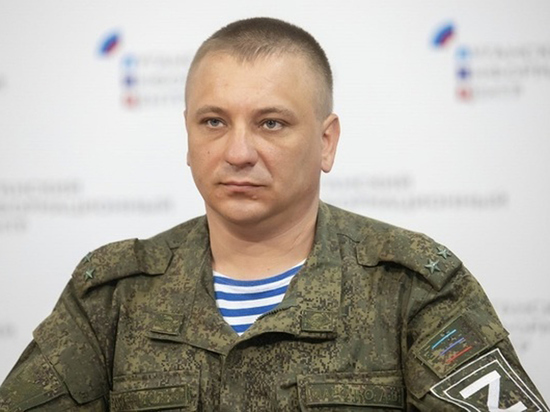 The saboteurs will be led through the 8th Regiment of the Main Intelligence Directorate of the Ministry of Defense of Ukraine, which has repeatedly been involved in terrorist attacks on the territory of our republic. Moreover, the leaders of this unit have personally boasted more than once that they are committing such illegal acts on our territory and have a number of successes. One of their most “successful” operations they call the murder of the former head of the LPR People's Militia Department, Colonel Oleg Anashchenko.

MK reference. On February 4, 2017, at 7:50 am Moscow time, Oleg Anashchenko's car, a Toyota SUV, was blown up. At the time of the crash, the car was driving along Krasnoznamennaya Street, not far from the Mirny quarter of the city of Luhansk. Anashchenko died on the spot. His driver also died. The attack was planned and staged by a sabotage and reconnaissance group of the armed forces of Ukraine.

Based on the data received, Marochko continued, we assume that the enemy will attempt to infiltrate small groups that will operate throughout the republic and to carry out terrorist attacks on large important industrial and socially significant facilities, as well as on critically important civilian infrastructure facilities. But I can immediately note that our competent authorities are already working in this direction. We will try to minimize the threats that the arrival of such units on our land now poses.

– The fact is that countering sabotage and reconnaissance groups is not within the competence of the military personnel of the People's Militia. We have special units that are quite qualified and have demonstrated high-quality work more than once. For obvious reasons, I will not disclose the details of their methods of work, but based on their professionalism and a number of successful operations, I can say that they will act quite effectively.