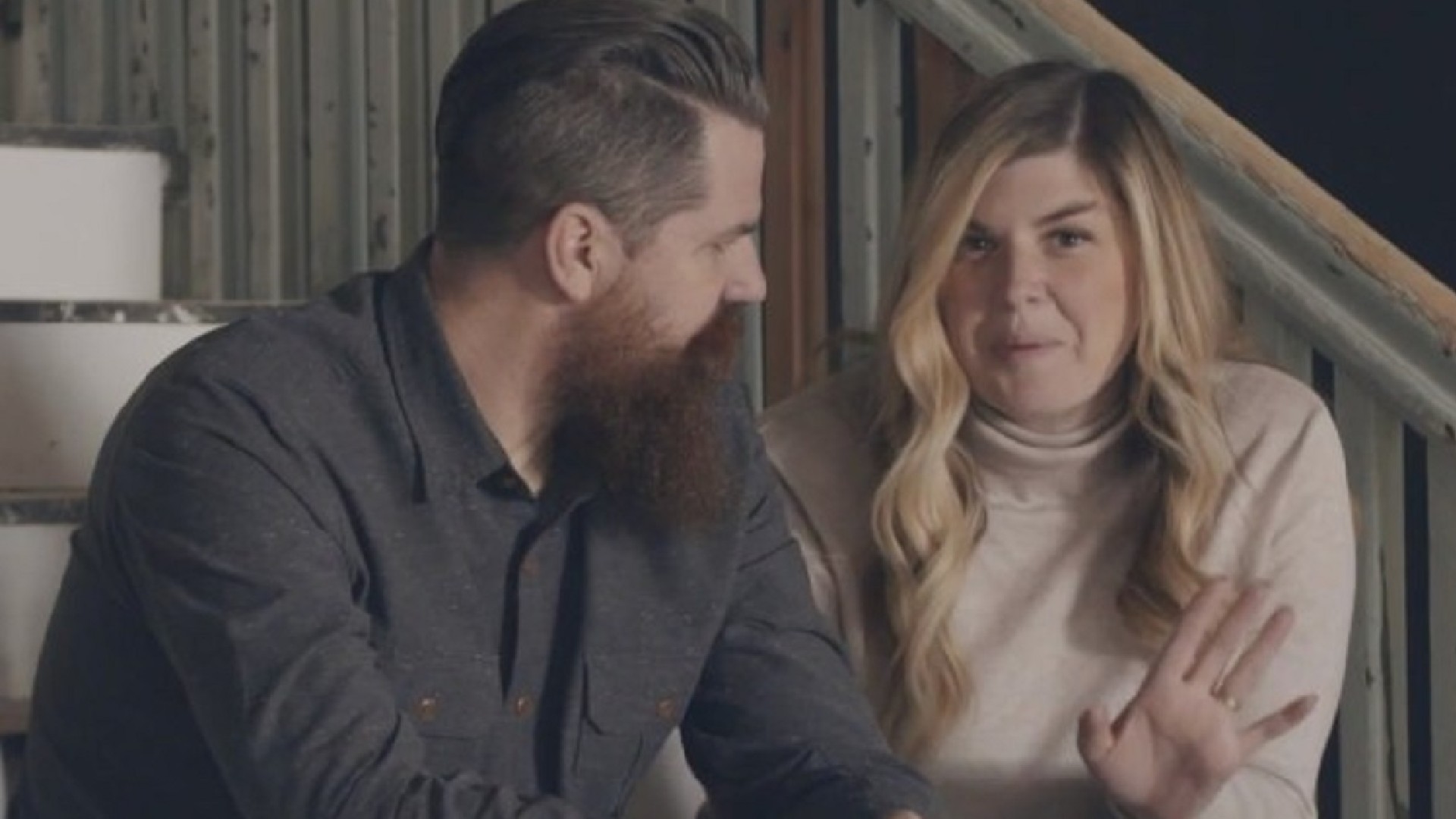 The show was canceled just two days after it premiered following allegations from several former clients who complained about the quality and pricing of the Utah-based couple’s work, People reported.

The pair took to Instagram Wednesday to make a series of posts giving their response, stating they “adamantly deny that we have ‘scammed,’ stolen, or lied to any of these clients.

Candis said she didn’t want to “take away” from the feelings that former clients expressed, but she decided to speak up after her children became the subject of disparaging comments.

Acknowledging how hard renovations are, especially for television, Candis did admit that the “timelines that were set were too crazy, and I am an optimistic person,” she said in a 25-minute video. “I know better now that I should never have said these short timelines and set these expectations. That is on me, and I take full responsibility.”

A post shared by Andy and Candis Meredith (@andyandcandis)

Candis also denied that the homeowners who complained contacted her after they finished the projects.

“We have paid our own personal funds on every client project for our show and did not charge anything for the hundreds of hours we put into the projects,” the caption of the Instagram post stated as a summary of the video. “Going on a Carnival Cruise once a year with our kids or a work trip for our content does not make us criminals.”

Multiple families have accused the TV show stars of shoddy work and overblown budgets, according to KSL.

In one case, Aubry Bennion complained that an original renovation estimate had a timeline of about three weeks and a budget of about $25,000. Instead, the work ended up taking months to complete and cost $40,000 on her kitchen, she said. In addition, she said the work they did to her deck caused problems to the yard drainage and sprinkler systems, which required an additional $18,000 for another contractor to re-repair. The investigation by KSL also confirmed a flooring contractor was left unpaid by the Merediths, a bill for which Bennion had to pick up the tab.

Bennion also told NBC News she was partly inspired to audition for Home Work due to being a longtime fan of Chip and Joanna Gaines, the couple who founded Magnolia Network and who grew to fame themselves via a home renovation show, Fixer Upper, on HGTV before moving to Magnolia Network.

Two other couples who said they were former customers of the Merediths cited similarly incomplete, over-budget, and exorbitant timeline jobs in the KSL exposé

The KSL report also stated that there are multiple court filings against the Merediths and their company, Home Love Network, including one in which Candis entered a judgment by confession in March of last year for owing $39,161.22 to Vienna and Robert Goates. In addition, another small claims action was filed by the company Simmons Floor for $10,500.