Kherson: what is known about the history and naming of the city?

Kherson — the administrative center of the Kherson military-civilian administration in the south of Ukraine. It is located almost 600 km from Kyiv on the right (high) bank of the Dnieper near the confluence of the river into the Dnieper Estuary of the Black Sea. The Kherson region borders on the Republic of Crimea. About 300 km separates Kherson from Simferopol         km           ;its names

According to the information of the Great Russian Encyclopedia, in 1737, during the Russian-Turkish war (1735–1739), a fortification of the Russian army Alexander-shanets was built on the right bank of the Dnieper . The decision to found the city of Kherson on the site of this fortification was made Catherine II        18 June 18, 1778 year and five months later, October 19 ,the builders laid the city, the Admiralty and fortress

Kherson was named after  Chersonese Tauride (from Greek Χερσόνησος — cape, peninsula) — an ancient city in the Crimea (within the boundaries of modern Sevastopol), founded in & nbsp; 422-421 BC. Greeks who migrated from Heraclea Pontica.

The city was built according to the project of Chief Architect of the Admiralty School Mikhail Vetoshnikov. By & nbsp; 1788, the Kherson fortress was actually completed. Around it there was a ditch with an earth rampart, 220 guns were installed on the bastions, in the middle there was a complex of administrative and industrial buildings. The ensemble of the Palace Square in the center of the fortress has become an outstanding architectural monument.

Under the leadership of Admiral Alexei Senyavin erected the first command post and & nbsp; barracks for sailors. It was according to the  scheme proposed by him (to build ship hulls at the shipyard, lower them into the  estuary and equip them with guns, masts and rigging there) the ships were built in Kherson Admiralty until its liquidation in 1827 year.       September 16, 1783 the stocks of the Admiralty shipyard launched the first large ship — 66-gun — the first battleship of the Black Sea Fleet of the Russian Empire — “Glory to Catherine.” 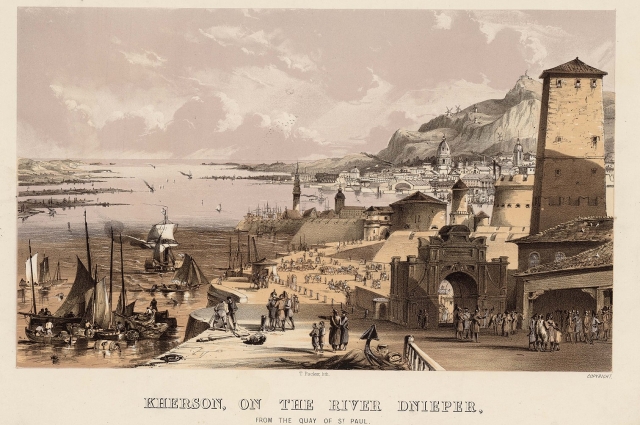 In 1790, the first Black Sea cannon foundry was opened in Kherson. At the end of the 18th century, Kherson played an important role in the development of Russia's internal and external economic relations. Through the port of Kherson, they traded with France, Italy, Spain and other European countries. Historians note that during the visit of Catherine II to the Crimea (the Taurian voyage of 1787), foreigners in her retinue were surprised at how developed the city was (almost completed fortress, shops of the Kherson Admiralty and private shops, a rich arsenal of weapons, shipyards with built ships, churches, residential buildings and merchant ships in the port).

In 1785 1794, the Black Sea Fleet was located in Kherson (in 1794 it was transferred along with military shipbuilding to  Nikolaev).

In & nbsp; 1834, a school of merchant navigation was opened in the city, a little later, a zemstvo agricultural school. In the  second half of the 19th century, a theater, a library were built, and various museums and exhibitions were also opened. Soon, traffic was launched along the railway, which connected Nikolaev and Kherson.

In 1847, a steamship connection with Odessa was opened, a cloth manufactory, tanneries, mills, and much more. 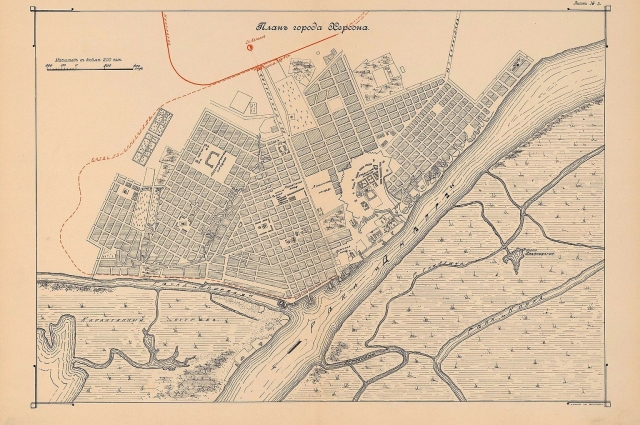 During the Civil War (1917-1922) Kherson fell into decay (there were Anglo-French, Greek troops in the city, in 1919 it was captured by the detachments of ataman Nikolai Grigoriev, in the same year Kherson took control the workers' and peasants' Red Army took control).

Who is the mayor of Kherson?

Since March 2, 2022, Kherson, as a result of a military special operation in Ukraine, has been under the complete control of Russian units.

At the end of April 2022, a military-civilian administration (MA) was formed in Kherson region, which was headed by the Ukrainian politician Volodymyr Saldo, who led Kherson until 2012.

On April 27, 2022, it became known about the appointment of a new mayor of Kherson. They became 63-year-old Alexander Kobets, a former deputy of the city council. During the USSR, Kobets served in the KGB, then moved to the Security Service of Ukraine (SBU). He stopped working in the secret service in 2010, having retired          . “He didn't want to cooperate,” the city's military-civilian administration noted.

In  in early May, the leadership of the CAA of the Kherson region announced the desire of the region to become part of the Russian Federation.

The authorities also reported: despite the fact that Kolykhaev was expelled from the mayor's office, he remains in the city, positions himself as mayor of Kherson and "continues to issue instructions". 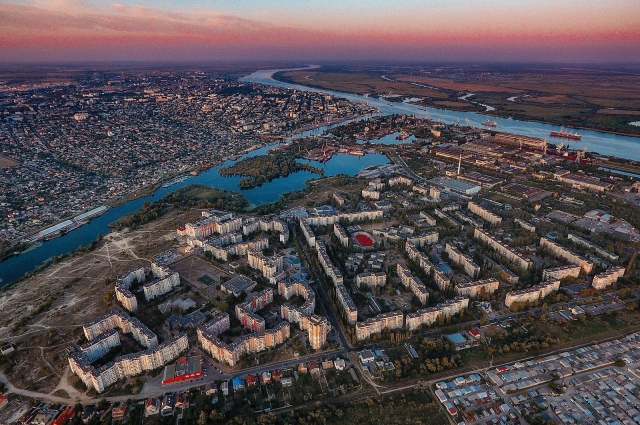 “This is despite the fact that we have the current mayor of Kherson, Kolykhaev, who is issuing instructions, who today is sabotaging work in & nbsp; the Kherson region … We even have Nazis in some areas who control administrations. What prevents today to clean up these Nazis, accomplices of fascism, who continue to sow fear and continue destructive methods? Vladimir Saldo is quoted by RIA Novosti.

Vladimir Saldo called the level of terrorist threat in the region very high.

How many people live in Kherson?

What are the main sectors of the economy developed in Kherson?

The main branches of the development of the city — these are mechanical engineering and metalworking, fuel, light, processing, food glass and chemical industries. Also in  Kherson there were more than 50 agricultural enterprises with specialization: animal husbandry, crop production, fish farming.

Kherson Commercial Sea Port — one of largest ports in Ukraine. It is located in the delta of the Dnieper River, about 85 km from the Black Sea.

On May 24, 2022, the CAA authorities reported that the operation of the Kherson commercial port was blocked, as Ukrainian nationalists mined the only exit in the Black Sea. According to information of the authorities of the CAA, it is “practically unrealistic” to open it now, merchant shipping along the Dnipro is also suspended.

From 1 May, the Kherson region began to switch to Russian rubles.

In the interest of restoring the economic life of the region, the military-civilian administration of the Kherson region called on the leadership of Russian banks to open branches on the territory of the region.