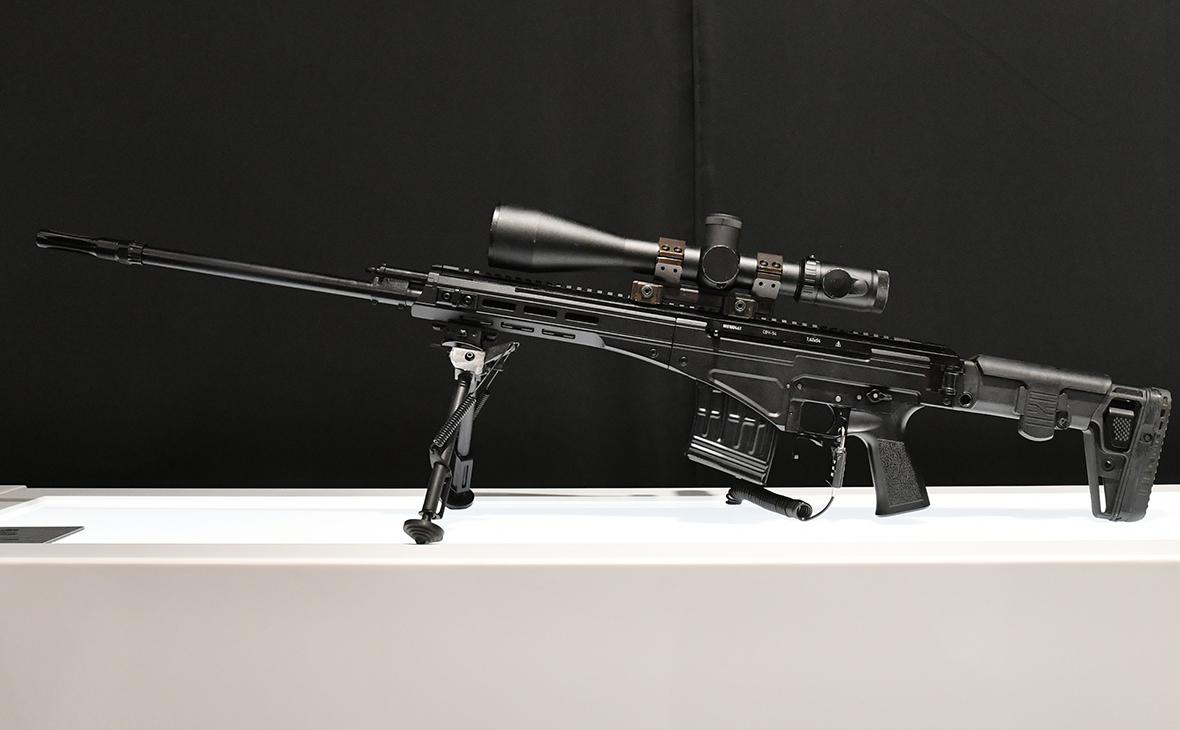 Starting this year, the troops will begin to receive a new Chukavin sniper rifle (SVCh) to replace the Dragunov sniper rifle (SVD). About this on the eve of the opening of the international military-technical forum “Army-2022” said the president of JSC “Kalashnikov Concern” Alan Lushnikov, RBC correspondent reports.

«The microwave will already be supplied this year»— he said. Also this year, Russian troops will receive the PPK-20 submachine gun. “We believe that this is the best submachine gun in the world for the next 20 years,” — noted Lushnikov.

The Chukavin rifle was first presented at the Army-2017 exhibition. The length of the rifle, depending on the version— up to 115cm, magazine capacity— ten rounds. The mass of the rifle without cartridges— 4.6 kg. Rifle tests were completed in October last year. In “Kalashnikov” said they were successful. The semi-automatic rifle complex is designed for two cartridges— domestic rifle cartridge 7.62 mm for 54 R and NATO cartridge 7.62 mm for 51 R.

The Dragunov sniper rifle was adopted by the Soviet army in 1963. It shoots up to 1300m. Bullet speed is 830 m/s, magazine capacity— ten rounds.

According to military expert Yuri Lyamin, the microwave differs from the SVD in greater accuracy, ergonomics and less weight. “It is believed that the Dragunov rifle lacks accuracy compared to modern requirements. The Chukavin rifle should be more accurate. It also has a more convenient folding telescopic buttstock compared to a conventional SVD. By weight, the Chukavin rifle is lighter due to the use of lighter materials, & mdash; he said.

Read on RBC Pro Pro The most popular ways to take business away and how to deal with them How These Companies Will Survive the Recession and which countries will be next Articles Pro “You're just a cog”: what it's like to work at Microsoft – in 5 points Articles Pro What people buy at Wildberries in the summer and who sells the most. Rating Research Authors Tags Subscribe to Telegram RBC Stay up to date with the latest news even in conditions of blocking