Russophobia between the lines

The week in the Eurozone began with active calls from the Baltic shores to “speed up the ban on the issuance of Schengen visas for all citizens of the Russian Federation.” Moreover, to do this even before the EU Foreign Ministers will discuss this initiative in Prague on August 31. The countries most active in getting rid of Russians have already begun to act: last night Estonia closed the borders for Russians with an Estonian visa, Finland, from September 1, launches a “special visa regime” for holders of Russian passports.

We found out exactly how The Eurozone is closed from the Russians and what are the prospects for this process. 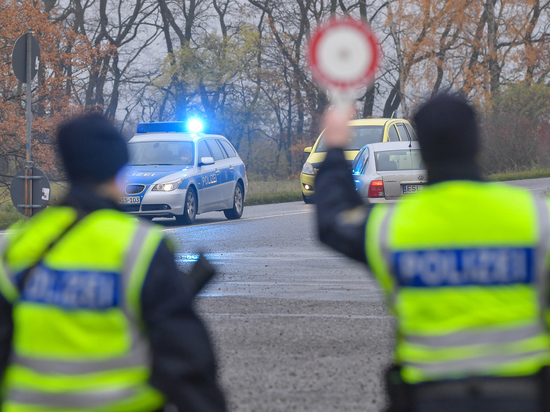 Estonia today at midnight banned citizens of the Russian Federation from entering its territory with Estonian visas – Schengen stamps issued by Estonian visa centers. The process began on July 15, when Russia, for its part, opened land borders, and Russian tourists and shuttles poured into the Baltic countries through them.

– They immediately began to talk about tourists – they say, they don’t care , and by bus to the Tallinn airport, – shares a resident of the border region of Estonia, who has relatives on the Russian side, – to the west. And then Western Europe, if anything, will make us extreme by giving them visas. Under this sauce, the people supported. Although it is inconvenient for me and my family. And in general, I think that ordinary tourists have nothing to do with it.

Indeed, almost immediately after the opening of the Russian-Estonian land border, Estonian Prime Minister Kallas said that “visiting Europe is a privilege, not a human right” and even wrote a post on the social network about it: “Air flight from Russia is closed. This means that while the Schengen countries issue visas, Russia's neighbors bear the burden (Finland, Estonia, Latvia are the only access points). It's time to end tourism from Russia.” To which she immediately called all European countries.

But it was the ex-Soviet Baltic republics that were the first to pick up the cry – the ex-Soviet Baltic republics, each on its own terms, since according to EU laws it is illegal to deny access on the basis of citizenship. Latvia, for example, was openly going to cancel its own issued visas and residence permits, but Estonia got out of the situation more cunningly. According to its Minister of Foreign Affairs Urmas Reinsalu, already issued visas will not be considered invalid, simply “their holders will be subject to sanctions in the form of non-admission to Estonia.” The minister also recalled that Tallinn plans to “discuss this issue at the EU level and seek the introduction of pan-European sanctions against tourism from Russia.”

Finnish officials, having consulted yesterday “without ties”, made a decision and explained the approved “visa mechanism for Russians” as a result. From September 1, 500 slots (time slots) per day will be available for Russian visa applications in the Russian Federation at Finnish visa centers, of which only 20% (100 windows) are for tourists, and the rest for those who work or study in Finland , relatives and “humanitarian missions” – a funeral or a visit to a dying person.

At the same time, Finnish diplomats specify that “each visa application will be processed individually, and the time and result of processing, among other things, is affected the specified purpose of the trip and a set of documents. On average, after the introduction of restrictions – that is, from September 1 – the processing time for a Finnish Schengen visa will be about 5 months.

– Now there are slots for submitting documents to Finnish visa centers for the first half of October, and they promise to issue a visa at the end of October, – explain the difference in the capital's travel agency. – And from September 1, the visa will be issued in 5 months – that is, by April. But this, frankly, is a mockery: all the documents required for a visa have a maximum validity period of 3 months and during the “processing time” they, of course, will contradict the principles of the EU, since they will expire.

– It is better to immediately understand what the Finns want to say between the lines: you will not get a visa. At least not from us, advises the visa broker. – But not because you are a Russian woman (this is contrary to the principles of freedom and tolerance), but because you “individually” find violations in the purpose of the trip or in the documents.

About your intention to join the ban on the entry of all categories of Russians, and not just tourists, Poland also announced on Wednesday. In the person of its foreign minister, Warsaw said at a meeting with its Lithuanian counterpart that “ideally, the ban should be a European-level solution that would simply cancel the validity of visas already issued to Russians, and everyone should stop issuing them.”

But in the western part of Europe, on the contrary, there are doubts. So the English-speaking observer William Nattrass, who works in Prague, said in an interview with the American press the day before that “the idea of ​​banning all Russians from entering Europe does not hold water and only emphasizes the EU’s inability to influence Putin,” and also looks more like a “cheap PR stunt.” than for practical assistance to Ukraine.”