Erdogan’s mission is doomed: special operation in Ukraine will move to 2023

Tactical breakthroughs in negotiations are possible, but strategically everything points to a continuation of the conflict

Turkish President Erdogan, who recently visited Putin in Sochi, went to Lviv on a peacekeeping and mediation mission – to meet with Zelensky and the General UN secretary. I can't think of another occasion when I wished the Turkish leader the same passion for success. 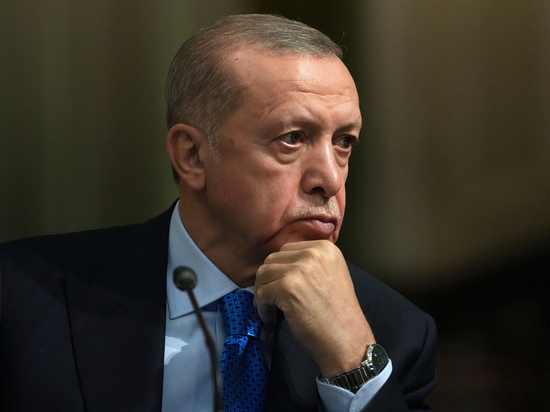 In order to understand what is at stake at the moment, it is enough to read the news that “competes” in the reports of news agencies with stories about the Turkish guest’s trip: “The Russian Defense Ministry warned that Kyiv is preparing a provocation at the Zaporozhye nuclear power plant.”

< p>However, in politics, the concepts of “wish” and “hope” are sometimes very far in their semantic content from the concept of “really count on something.” It is in Erdogan's power to achieve tactical breakthroughs in negotiations (and this will also be a great achievement). But strategically, the conflict in Ukraine — and the underlying wider conflict between Russia and the West — will definitely move into 2023. And where 2023 is, 2024 is not far away – and further on the calendar.

One of the most prestigious and respected publications in the United States, the Washington Post newspaper has just published a very large-scale and long material describing the background of the current round conflict in Ukraine. Among other juicy details, there is a colorful episode.

On January 21 this year, US Secretary of State Tony Blinken and Russian Foreign Minister Sergei Lavrov met in Geneva. An hour and a half of negotiations in the format of delegations turned out to be fruitless, and, as the newspaper writes, “it seemed that there was nothing more to talk about.” But Blinken decided to make one last attempt and asked Lavrov for a one-on-one conversation.

“Two ministers entered a small room next to the conference room and closed the door behind them… Outlining the Ukrainian situation again, Blinken stopped and asked: “Sergei, tell me what you are really trying to achieve?”

< p> Is it really about those concerns in the field of security, the topic of which Russia raised again and again – about the advancement of NATO to the borders of Russia and the alleged military threat? Or is it really about Putin's almost theological belief that Ukraine is and always has been part of mother Russia?

Without answering, Lavrov opened the door and walked out.”

< p>I am sure that the head of the Russian Foreign Ministry, if asked about it, will describe this episode in a completely different way: not only Americans know how to use phrases like “almost theological faith.” But the words “without giving any answer, he opened the door and walked away” very well characterize the current state of relations between Russia and the collective West (in political terms, official Kyiv can be considered, if not a part, then an appendage of this collective West).

Neither side is ready to agree on something solid, permanent and sustainable. There is simply no room for a compromise that would more or less (or even just less) suit everyone. Instead, each side is determined to keep pushing.

Moscow is determined to give Europe a “fun winter” with energy shortages and the resulting economic and political problems. The West is set to accelerate the rearmament and rearmament of the forces of official Kyiv. Even if in autumn and winter, as some experts predict, there will be a relative or even absolute (dreaming, as you know, it’s not harmful) calm in the war zone, everything will most likely resume with renewed vigor in the spring.

Of course , any forecasts are now “shots in the dark”. And this prediction is no exception. I will say more, I really want him not to justify himself. But in the Russian and foreign expert community, the scenario of dragging out the conflict (or its purely temporary and tactical termination) is increasingly perceived as the main one.

Does all this make Erdogan's efforts Sisyphean labor? In no case. As I already wrote, even a confrontation must be controlled – obey certain rules. The leader of Turkey is the only politician capable of providing at least a relative amount of this manageability. And the fact that it does not sit idly by, but acts, is very good. The main thing now is not to overestimate expectations. The slogan of the student street riots in Paris in May 1968 “Be realistic – demand the impossible!” in August 2022, unfortunately, it does not work.