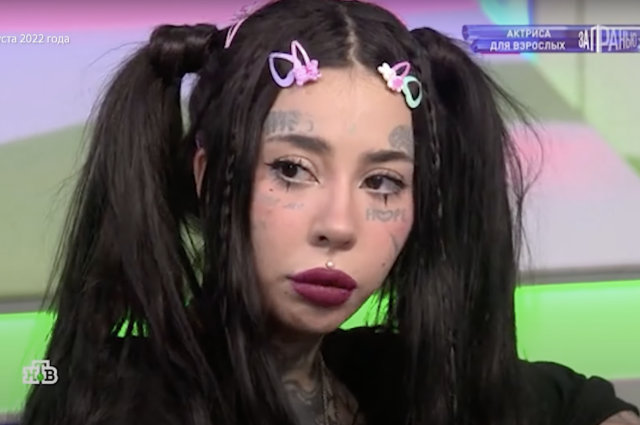 The body of 26-year-old Anastasia Grishman, who starred in porn videos and ran a TikTok channel with hundreds of thousands of subscribers, was found in an apartment on the Southern Highway of St. Petersburg. The girl was found in the bathroom with multiple stab wounds. Experts determined that the corpse had lain there for at least a week. A friend became worried about the disappearance of the girl and contacted the police with a request to check the apartment. By an evil twist of fate, it was death that brought Grishman the level of fame that she madly wanted to have in life.

The suspect in the crime was a 24-year-old young man from the Omsk region, with whom the murdered woman lived lately. After being detained by the police on August 10, a guy named Dmitrysaid that he allegedly accidentally stabbed Nastya during a quarrel, and then he got scared and ran away. At at the same on he wrote in his account that the girl had mental problems and she herself asked to kill her. It is known that before this young man had already been prosecuted for committing thefts and avoiding service in the army.

The story from the banks of the Neva has much in common with the murder of blogger-model Ekaterina Karaglanovacommitted three years ago. The body of a 24-year-old girl was found in her rented Moscow apartment. She was lying in a suitcase practically without clothes with slit throat and two dozen stab wounds. More than one hundred thousand people were subscribed to  her page on the social network, but, as in the case of Anastasia Grishman, millions of people only learned about her after her death. This crime was discussed on the airs of the most popular talk shows on Russian television.

The version was repeatedly expressed that Ekaterina Karaglanova provided sexual services to rich men and was obsessed with the idea of ​​u200bu200ba beautiful life. Her intimate pictures were published on the network. Although the unpleasant version was rejected by many friends and relatives of the deceased. In favor of their words the fact that Ekaterina — from a non-poor family of doctors, and and she herself received a good education. In the end, it turned out that the girl was killed by her lover from Moscow RegionMaxim Gareev. He applied to the police himself and confessed to the murder. The man said that the reason was frequent conflicts and insults from Catherine's side. Like, she scoffed at his sexual and financial capabilities. As a result, the court sentenced Gareev to 9 years in prison in a strict regime colony. 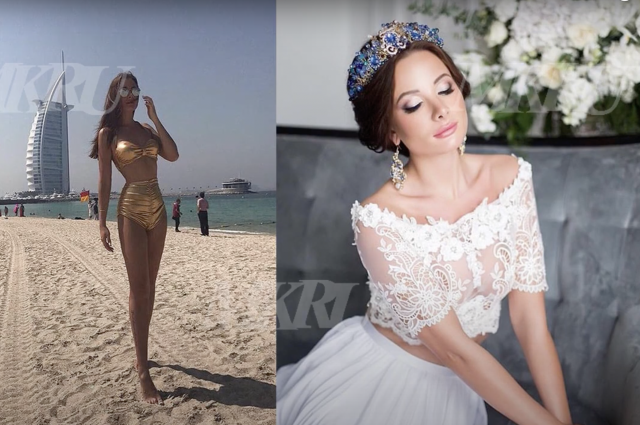 After a terrible discovery in one of the districts of Kyiv, local police found that a missing 39-year-old native of Kramatorsk was the victim of the crime. In the spring, the woman returned from Poland to Ukraine, where she struck up a love relationship with Bigun. But  the unfortunate life in his house was cut short due to a quarrel on the basis of jealousy.

In a fit of anger, Peter Bigun strangled his beloved, after which he decided to get rid of her body in parts. One of them was found in a suitcase that led the criminal's trail.

The killer carried the remains of the woman out of his house for several days and threw them out in various places in Kyiv. During a search of his refrigerator, body parts of the deceased were found, including her genitals. It is noteworthy that for some time Bigun conducted trainings in psychology on the Internet, although with his inclinations he himself clearly needed the help of specialized specialists. In recent years, a man hungry for fame tried to break into politics. He  joined the ranks of the extremist organization “Right Sector” banned in Russia. and tried to become an MP twice, but did succeed. Now he had to take the “post” in camera. In addition to the murder, the man is accused of illegal possession of ammunition.

Two years ago, a story made a lot of noise in the media blogger Stanislav Reshetnyak by the nickname Reeflay, who led thrash streams on the Internet. For the money of subscribers, he and his guests performed various tasks: he inflicted injuries, mocked others. One of the  regular participants of these shows was the beloved of a blogger from  Krasnodar Valentina Grigorieva, who dreamed of making a career in the modeling business. But instead of working on the catwalk she had to play an unenviable role in Reshetnyak's online broadcasts. One of them ended in tragedy.

In December 2020, Reshetnyak launched another thrash stream, during which he beat his girlfriend in front of the eyes of the audience. She received a craniocerebral injury, which was called the cause of Grigorieva's death. Moreover, apparently, she was dying in terrible agony. After the beatings, the blogger took the girl outside because she had an unpleasant smell. People who followed the stream said they heard her knocking on the door, complaining about the cold and feeling unwell. But Reeflay didn open the door and remembered the girlfriend only in the morning. By then, she was already dead. He frightened and called an ambulance himself. His broadcast was interrupted only by the police officers who arrived after the doctors, who noticed that the guy had “streamed”. The court found Reshetnyak guilty of intentional infliction of grievous bodily harm, resulting in death by negligence. He was sentenced to six years in a penal colony.

A blogger from the city of Sysert, Sverdlovsk Region Kristina Zhuravleva also dedicated her life to social networks, the search for fame and & nbsp; wealth. The 28-year-old girl regularly posted photos in trendy clothes against the backdrop of stylish interiors. Therefore, tens of thousands of her subscribers had the impression that Christina was successful both financially and in personal life. But it turned out that it was just a beautiful illusion. Kristina lived with her husband Dmitryin a modest house where she set up photo zones. There, the blogger took retouched pictures for social networks. The outwardly ideal relationship with the spouse turned out to be fake. Problems remained behind the scenes. The harsh truth of life surfaced last spring.

In April, one of the drivers accidentally discovered the body of Kristina Zhuravleva not far from the curb. But       their identity could not be established for a long time, because nobody reported the disappearance of the girl to the police. Meanwhile, Dmitry Zhuravlev told everyone that his wife left him after a quarrel and asked her not to look. Apparently, for many, the version sounded plausible. More than three weeks after "leaving" wife Dmitry himself reported her disappearance to the police. This made it possible to establish that that random driver found Christina's body by the road. As a result, Zhuravlev quickly confessed to the murder of his wife. He said that their couple had financial problems, against which there were often quarrels. Like, his wife humiliated and insulted him because he earns little. By the way, she herself was declared bankrupt back in 2019 due to debts in  19 banks. Once again, the husband could not stand it and in a fit of anger, he strangled his wife. The court sentenced Dmitry to & nbsp; eight years in prison in a strict regime colony. Pleading guilty, he assured everyone that he continued to love Christina.