Chief psychiatrist-narcologist of the Ministry of Health Yevgeny Bryun. Dossier

On Friday, 19 August, in Moscow, Interior Ministry officials detained chief freelance psychiatrist-narcologist of the Ministry of Health of Russia Yevgeny Bryun in the case of fraud. This was reported by TASS with a link to a source in law enforcement agencies.

“Evgeniy Brun was detained in fraud. He is under interrogation. Based on the results, the issue of the preventive measure», — agency quotes interlocutor.

According to the Kommersant newspaper, four more people were detained along with him, among them — Vice-President of the Russian Narcological League Vladimir Yakushev. It is noted that searches in this case have already taken place at 27 addresses.

According to preliminary data, the suspects organized the purchase of tests and reagents by government agencies to determine drug addiction at inflated prices. To do this, according to investigators, they used a network of affiliated companies. 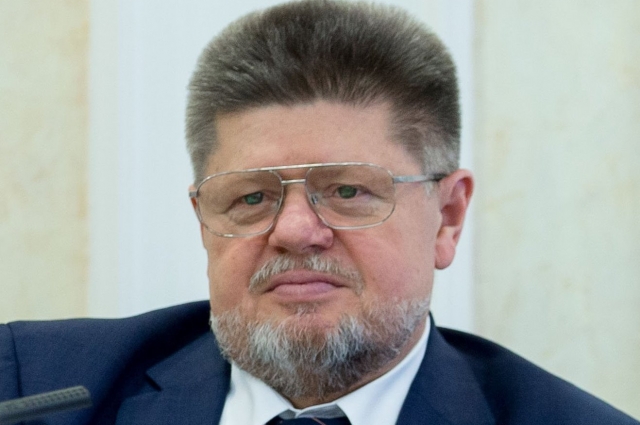 Evgeny Brun. Photo: Federation Council of the Federal Assembly of the Russian Federation

What is known about Evgeny Bryun?

Bryun was born in Leningrad on October 5, 1950 . In 1973 he graduated from the Khabarovsk State Medical Institute.

From 1973 to 1974  passed an internship at the  psycho-neurological hospital of the city of Magadan, from 1974 to 1975 — residency at Magadan Regional Psychoneurological Hospital.

From 1975 to 1977  — passed clinical internship in psychiatry at Moscow Research Institute of Psychiatry of the Ministry of Health of the RSFSR.

In & nbsp; 1977, he was appointed to the post of medical inspector. Concurrently, he acted as deputy head of a department in the Department of Social Security of the Moscow City Executive Committee. He worked there until 1981 .

From 1981 to 1991  — Junior Research Fellow, then — senior researcher, a since 1987 — head of the department for organizing assistance to patients with drug addiction and substance abuse of the Moscow Research Institute of Psychiatry of the Ministry of Health of the RSFSR.

In 1988, he was the first to propose organizing services in the country for the anonymous treatment of drug addicts and a helpline.

From 1991 to 1992, he was appointed Deputy Director of the Institute of Medical and Social Problems of Narcology of the All-Union Scientific Center for Narcology Ministry of Health of the USSR.

In 1992, he was appointed Deputy Director of the Institute of Clinical Narcology of the State Scientific Center for Narcology of the Ministry of Health of the Russian Federation. He served in this post until 1995 .

From 1998 to 2017, Brune served as Acting Director, from 2017 — President of the Moscow SPC for the Prevention of Drug Abuse (now— Moscow Scientific and Practical Center for Narcology DZM).

At the same time, he worked on his doctoral dissertation, defended it in 2007 .

In 2009, Bryun was appointed chief freelance psychiatrist-narcologist of the Ministry of Health of the Russian Federation.

What is Brun known for?

The chief psychiatrist-narcologist of the Ministry of Health of the Russian Federation advocated the introduction of mass drug testing for everyone: both for adolescents, youths, and adults. As he noted earlier, about a quarter of all Russian schoolchildren need to be tested. At the same time, he clarified, tests for one student would cost 400 to 1200 rubles.